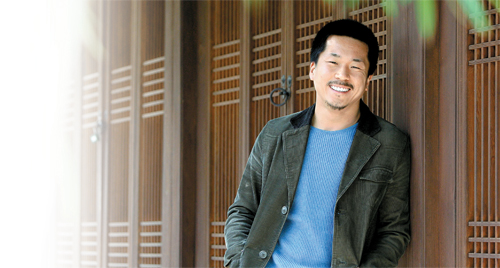 He’s down-to-earth and seems to have nothing to lose. Not exactly what you would expect from a filmmaker who is racking up multiple awards for his directorial debut.

And with the film having been invited to more than 10 future festivals, that list is expected to grow.

“People came to see my movie, which they thought might be interesting, and they happened to like it, that’s all. 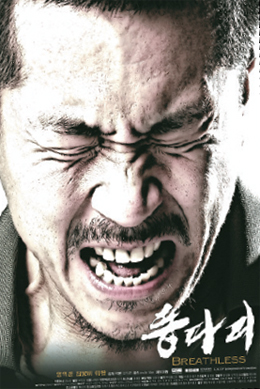 “Throughout the shooting of the film, the entire cast, including myself, tried to be honest about the way we are in real life. Viewers seem to be able to feel that, and that allows them to sympathize with the story,” the 34-year-old said in a recent interview with the JoongAng Daily.

Breathless tells the story of Sang-hoon, a man who experienced a violent incident in his childhood and has since grown up with a short temper and few qualms about beating up anyone who crosses him.

But his life takes a turn when he meets Yeon-hee, a fearless neighborhood girl who goes to the local high school. She is the victim of domestic violence inflicted by her father, painful experiences she relays to Sang-hoon, who finds that human contact and this sharing of stories sheds a bright ray of hope on his life.

Yang wrote, directed and starred in the film, which is based on his life.

It has created quite a stir for its intense portrayal of domestic violence and family dysfunction.

Yang said people commenting on his performance in particular have said things to him like, “You look so normal and even gentle in person considering [your performance in the film].”

“Sang-hoon is a part of me, an aggressive side of me, while the man you see in person is also a part of me - I’ve always been and always will be the human being Yang Ik-june both on and off the screen,” he said.

Everyone has been influenced by their family, whether they like it or not, particularly in Korea, he said, seeming to refer to his own family’s influence on his life and work.

“People have a lot to say about it [family],” he said. Family relationships are often bound by a complex mixture of love and hate, but many people are still uncomfortable talking about that, he said.

“But it’s not something we can turn away from forever. In the film, I look at it head on, with no additions or subtractions from what I’ve felt throughout my life.”

Breathless was, in fact, a movie he made for himself. “I made it because I felt ‘breathless,’ unable to say what I wanted to say. It turned into a film because I just happen to be a filmmaker.

“Upon seeing the audience sympathize with the film, however, I feel like it may be for them, too,” he said.

The actor-turned-director also had a lot to say about his profession.

“Filmmaking is and should always be a challenge, since you are creating something out of nothing and using your imagination while trying to maintain a sense of reality,” Yang said.

He also provided some insight into his working style. “I hardly tell actors what to do on the set. If they are actors, they should be able to express themselves,” he said.

Yang already has a few ideas for his next film, which is likely to result in another honest and engaging look at life.

“Breathless” is now playing in theaters around the country.