[Talk of the town]
Drama star injured in car wreck 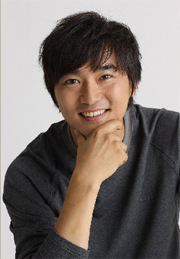 Actor Kim Suk-hoon is reportedly having difficulty walking and moving around after he was injured in a serious car accident on the Cheonan-Nonsan Expressway last Saturday.

Kim, who is the star of the KBS-2 drama “Cheonchutaehu” is said to be suffering considerable pain in his neck and waist.

His management company, My Name Is, has denied reports that Kim is in critical condition.

“We’ll get the exact results by next week, but he’s hoping he’ll be back on the set soon,” said Kim Se-hwan, who is with the management company.

The 37-year-old actor was returning to Seoul after completing work on the drama in Naju, South Jeolla.

“The accident occurred when the car was attempting to change lanes,” the manager Kim said in a phone interview. “About two-thirds of the car was wrecked, and Kim was immediately taken to a hospital in Gangnam [southern Seoul].”

Kim’s accident caused him to cancel a birthday party with his fans, which was scheduled for April 12.