The changing landscape of a reclusive nation

The changing landscape of a reclusive nation 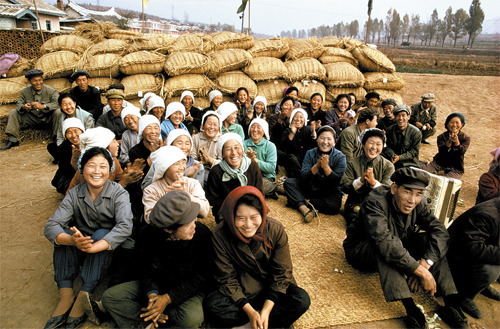 
North Korea remains quiet and insulated despite the worldwide media coverage that greeted the recent rocket launch crisis and the never-ending stories about the communist state’s nuclear weapons program.

Few photographers have had the freedom to enter the impoverished totalitarian society, which makes the new exhibition at Gongpyeong Gallery in Jongno District, central Seoul, all the more interesting. 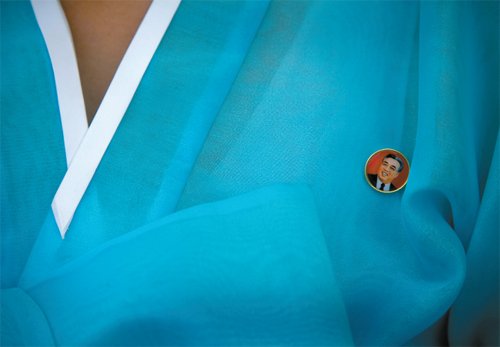 
“Changing Social Landscape: Democratic People’s Republic of Korea (1950-2008)” contains 70 pictures by nine photographers from different fields who visited the North to capture the land through their lenses over the last six decades.

One of the most famous photographers whose work is on display is pioneering female photojournalist Margaret Bourke White.

During the 1950s, she traveled into the North and produced extraordinary black-and-white images of North Korean people after the Korean War (1950-1953). French documentary maker Chris Marker undertook a similar trip during that period. 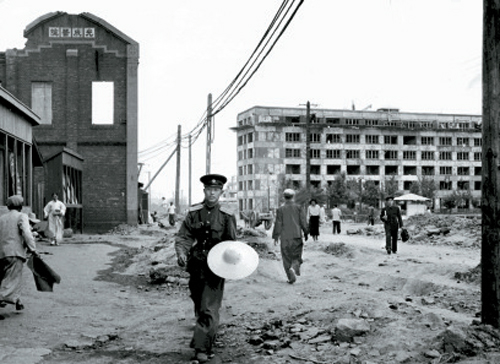 
These days such a trip would not be possible for photographers. “They probably went to the North out of humanistic curiosity,” said Chung-Ang University Professor Lim Young-kyun, the curator of the exhibition.

Another photographer, Seok Im-saeng, who worked as a photographer at Korea Hydro and Nuclear Power Co., went to the North in 1997 as part of the Korean Peninsula Energy Development Organization program.

Seok stayed in the North for seven years until he returned to the South in 2004. 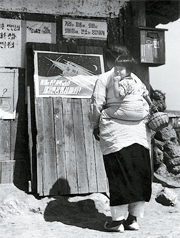 His photos depict peaceful landscapes of mountains, villages and fields, which seem no different from South Korea’s countryside at first glance.

Seok was able to catch vivid images of the reclusive regime while many photographers could only get images of the superficial side of the country due to restrictions of time and space.

Some of the pieces show the technological development of the North. 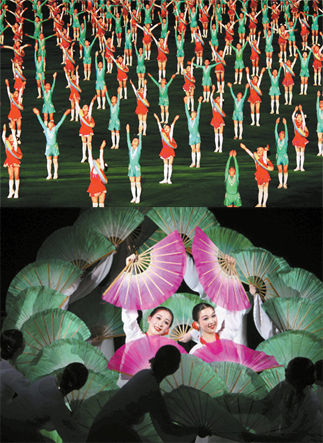 Chang W. Lee, a photographer for The New York Times, presents a view of one subway station, built in traditionally Western fashion.

Kim Jong-il is painted on the wall wearing a suit and a jacket (not his usual khaki or olive green jumpsuit), while those behind him wear clothes indicating their respective occupations, like a doctor or an engineer.

The curator Lim said he wanted to show that North Korea has changed but only very slowly, almost not at all.

In his personal view, the two Koreas will reunite as time passes.

“From the perspective of global history, all divided countries are united again,” he commented. “This process repeats itself over and over again.”