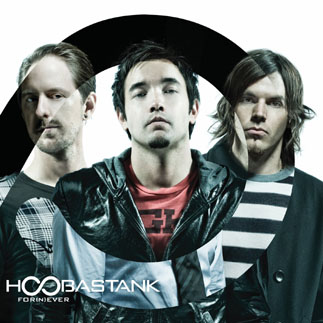 Attention rock fans. Hoobastank is back. And they are definitely fired up.

Their last album, “Every Man for Himself,” might have disappointed fans and critics who were hoping for something like “The Reason,” which topped the charts in 2004. But it seems like this crazy trio has certainly done its job this time.

Their fourth album, “For(N)ever,” takes as its title a portmanteau of forever and never, competing concepts reflected in the content. There are tracks that talk about the best of relationships, like “You’re the One,” and unapologetic songs such as “All About You” that have the band declaring: “The more you speak, the less I care about you!”

Singles, “My Turn” and “So Close, So Far” are inching up the charts in the States, but “You Need To Be Here” and “The Letter” will probably become favorites for those longing for “The Reason 2.”

Whether it’s forever or for never, the Hoobs are not about to disappoint fans this time. By Lee Hae-joo