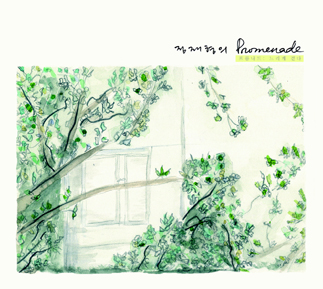 He was labeled as a musical genius when he debuted at the age of 23 in 1995. Now, nearly 15 years later, 37-year-old Jung is an album producer and a music director for films such as the 2007 movie “Love Now.”

But he hasn’t forgotten his job as a singer-songwriter.

His latest album, “Promenade,” is just right to listen to while taking a stroll at this time of the year. The music is not wildly different from previous albums like “For Jacqueline.” It stays true to his musical style, simple and elegant.

The album starts off with “Sunny Days” and “Montage,” sweet melodies that Jung wrote while he was studying music in Paris. “A Beginning for an End” is also an impressive track with rhythmical electronic sounds.

All the tracks are instrumental except “Time Flows With You,” which features popular indie rock band Lucid Fall and pop star Uhm Jung-hwa.

This is a record by an experienced musician, one you can comfortably reach out to. By Lee Hae-joo