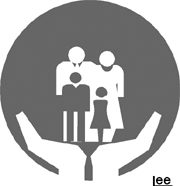 Popular comic book artist and creator Lee Hyun-se’s bestselling comic series “Birdie” is set in the cut-throat world of women’s golf and will soon be dramatized on TV screens. Heroine Sung Mi-soo’s mother works at a restaurant in a golf club. Her father lost a leg while selling fruit on the street. Her family’s hopes and dreams hang on Mi-soo, who from a tender age showed potential with the power and grace of a natural golf player. The family focuses whatever resources it has to support her talent. To Mi-soo, a hearty meal or a new glove is a luxury. But she nevertheless carries the heavy load on her shoulders, enduring torturous training because if she falls, so will her family and their dream.

Sports stars commonly share such tales of struggle and uphill drama to become what they have become. Whether they are financially better off or not, most athletes bear enormous emotional and physical pressure as their families’ money, time and interests primarily revolve around them.

This kind of family concentration has a long history in Korea. A Korean Family, Inc. business has been running on such a mechanism for decades.

Behind the impressive economic driving force, one’s protection and safe haven from any financial hardship had always been the family.

When economic troubles deepen, so does the family centralization. Because when times are tough, the family is sometimes the only rock that one can depend on.

Samsung Economic Research Institute named “New Family Cultural Unity” as this year’s common theme. Mothers and fathers are marketed and motivated in an array of cultural spectrums. The government is also relying on family power to put the staggering Korean economy back in high gear. Companies lower their apprentices’ first-year pay, expecting their parents to sustain funding a little more.

The problem is that families nowadays have lost much of their cushioning power. More and more are becoming tired and daunted by the family burden and duties. Mothers no longer have the strength and energy, as both parents work in nearly half, 44 percent, of Korean households. The cultural and communal hype over family-ism is beginning to gather critics.

The novelist Shin Kyung-sook in an interview said she wrote her new novel, “Look After My Mother,” in hopes that Korean society can take up the role of the mothers and lessen the weight of the overbearing family on them.