May celebrates the family

May celebrates the family 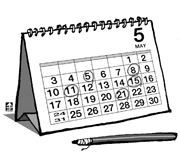 The golden age of the Tang Dynasty slipped into chaos with the outbreak of a rebellion by commander An Lushan during Emperor Xuanzhong’s reign in A.D. 755. The eight-year-long civil war was one of the worst in China’s history, killing more than 30 million.

The sufferings of war permeate throughout the works of the era’s great poet, Du Fu. The poet’s family fled to a safer place soon after the rebellion broke out. Du joined the court to fight against the rebels, but was later captured and only narrowly escaped death. Even after he rejoined the court, he had little luck at officialdom in the imperial bureaucracy and was displaced for angering the emperor by protesting against the removal of a friend returning from war in defeat.

A year and half later, he went looking for his family. The joy of being reunited after long, excruciating days and months without knowing whether his loved ones were alive is poignantly portrayed in Du Fu’s poetry.

“My wife and children watch me in bewilderment and disbelief/ Once the awe dies down, they wipe away brimming tears.”

When the poet walks in, his family can’t breathe, unable to discern at first if he is a ghost or a man, a dream or real. Then tears of relief and joy cascade from their faces. Du Fu retold the pathos of family partings and rapturous reunions in a war-ridden age in simple, compassionate verse.

During the dark days of the 1950?53 Korean War, a song, “A Letter Anointed with Fragrance,” was a comfort to many here.

“Your news I held in hands wiped with an apron, carrying the smell of the ridges and your scent. … I couldn’t wait for the mailman to cross the doorway, to unleash tears of joy.”

The sudden, teary release of delight depicted in this song during a period of war- in knowing that a loved one is alive and well after seeing his name signed on an envelope - is identical to the tears in Du Fu’s poem. Both pieces dwell on and celebrate the theme of family.

The value of family needs no explanation. The family is the bedrock that becomes more reliable and precious in times of trouble. May is the month for celebrating the family with an array of holidays such as Children’s Day on the 5th, Parents’ Day on the 8th and Couples’ Day on the 21st.

There are other days equally significant, commemorating love and appreciation. The 11th celebrates the adoptive family and the 15th marks appreciation for teachers. These days are earmarked for us to look around with the same tolerant and understanding eyes with which we regard our families. This month we should extend love and compassion not only to our immediate family but to close and distant neighbors as well.