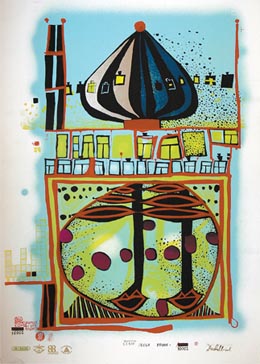 Bright colors, spirals and curved lines characterize the prints and paintings of Friedensreich Hundertwasser (1928?2000), an Austrian artist, architect and environmentalist.

An exhibition at Die Galerie Seoul in Cheongdam-dong, southern Seoul, provides a rare chance to see Hundertwasser’s works in Korea. Thirty pieces are on display.

Hundertwasser was inspired by the Vienna Art Nouveau movement, also known as the Secession style, led by Gustav Klimt in the late 19th century. Hundertwasser, like Klimt, used gold leaf in his work and was influenced by other Austrian painters, such as Egon Schiele.

One of the main themes in his work is continuing spirals used to portray numerous objects. Hundertwasser once called straight lines “the devil’s tools,” deeming them unnatural. 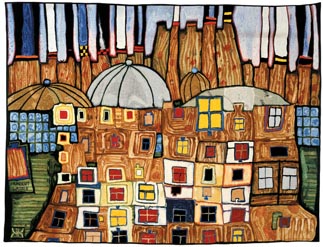 All of the works on display are on loan from Austria’s Kunsthaus Wien, a museum dedicated to the artist.

Hundertwasser is better known for his architecture, which is comparable to Spanish architect Antoni Gaudi in its organic forms and use of tile. The Austrian, surprisingly, didn’t get interested in architectural design until later in life, when he was in his 50s.

“He had contempt for modern architecture made with glass and steel and tried to make buildings close to nature by incorporating features of natural landscapes,” said Kim Ha-lin, the curator of the exhibition.

The Hundertwasserhaus, or the Hundertwasser apartment, in Vienna, has uneven floors, a roof covered with earth and grass, and large trees growing from inside the rooms. The apartment’s outer walls are painted in primary colors. His life story is just as interesting as his paintings and architectural designs. 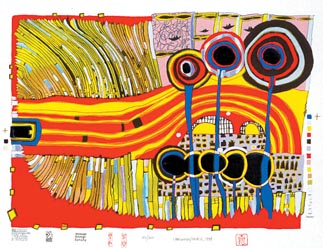 Hundertwasser was born Friedrich Stowasser in Vienna on Dec. 15, 1928. He later adopted the new name by translating Sto of his surname, which means 100 in Slavic, into German, hence Hundert. In 1943, 69 of his relatives on his mother’s side were deported and killed during World War II. Only his mother survived.

In 1953, he painted his first spiral, which one could say mirrored his love life. He wed and divorced many times, with one marriage to a Japanese woman, Yuko Ikewada. They split up after six years. He traveled around the world, everywhere from Uganda and Sudan to Morocco and Japan, gaining inspiration along the way.

“Hundertwasser was fascinated by Japanese woodblock prints and produced a number of woodcuts,” Kim said. “He was the first European painter to have his works cut by Japanese masters.” 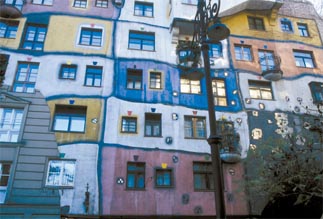 He used Asian-style seals for his prints as opposed to signing his works, and he also was inspired by ingenious African culture, using tribal images in many of his works.

Later in his life, Hundertwasser considered New Zealand his official home, and no matter where he went, his watch was always set to New Zealand time. As he wished, he was laid to rest in the country after he died in 2000. His body was wrapped in flags and buried without being put into a coffin, as he had always wished to go back to nature. 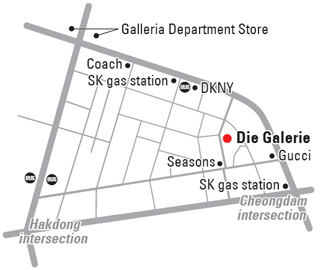