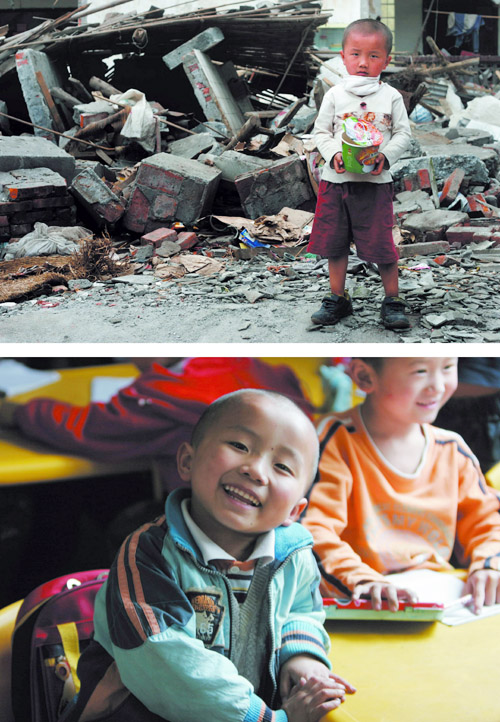 A young Chinese boy, top, stands beside the rubble of his town, Shifang, in southwest China’s Sichuan Province, after an earthquake struck on May 12, 2008. Above, the same boy at his new school, Sunday, on the eve of the quake anniversary. The disaster left nearly 87,000 people dead or unaccounted for. [AFP]