A town untouched by time and tide

A town untouched by time and tide

Korea boasts a long history, but its architecture has suffered over the past five to six decades due to the Korean War (1950-1953) and the rapid pace of development. Gunsan, North Jeolla, is one place that escaped the effects of modern warfare and social movements unscathed.

While houses like these came to dominate the Gunsan region, the port city itself, which sits on the Yellow Sea, has been left untouched, with many Japanese-style houses and buildings from the early 20th century still intact.

The city, which is now the home of the Gunsan U.S. Airbase, was a source of rice for the Japanese during the colonial period (1910-1945), when many Japanese people settled there. The city quickly took on a modern look with Japanese-style houses and buildings influenced by German architecture.

A walking tour of Gunsan, sponsored by the city and taking up to four hours, reveals many of the city’s major attractions.

The Shimatani storage house remains where the Shimatani rice plantation used to be. The three-story building, which is located behind Balsan Elementary School, might not look like much now but it used to house valuables collected by owner Yayoya Shimatani.

The old Gunsan customs house was built in 1905 by Koreans under pressure from the Japanese. Construction is said to have cost 85,000 won ($69), a huge sum at the time. 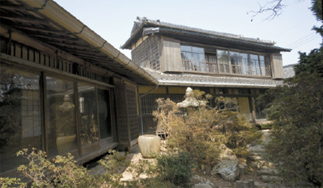 One of the most famous Japanese-style houses in the city is the Hirose House in Shinheung-dong. The house, complete with a Japanese garden, wooden corridors and floors covered with tatami mats, has been used in several Korean films and soap operas.

The Gyeongam-dong railroad village is a popular destination for photographers. A railroad track runs through the middle of the village, with its slate-roofed housing on one side and storage rooms and washrooms on the other. The railway, which stretches a total of 2.5 kilometers (1.55 miles), was built for Paper Korea, which made paper used for newspapers. 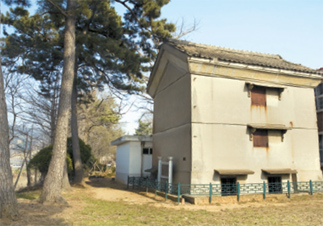