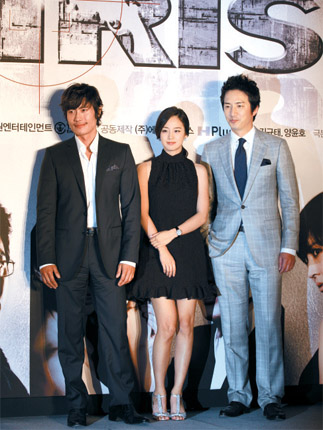 Actors Lee Byung-hun, Kim Tae-hee and Jung Joon-ho (from left), appear at an event to promote the new KBS-2 TV drama “Iris” in Guro, southwestern Seoul, on Tuesday. The 20-episode drama is a spy thriller, scheduled to air later this year, will eventually be made into a film, according to the production company. [JES]