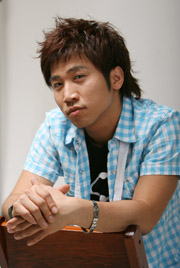 Comedian Yoo Se-yoon is getting hitched on Sunday.

Yoo, one of the stars of KBS-2 TV’s “Gag Concert,” will tie the knot with his girlfriend of seven years. Hwang Kyung-hee, the bride-to-be, is a kindergarten teacher and four years older than her future husband.

The couple will be married at EL Tower in Yangjae-dong, southern Seoul. Those expected to attend the nuptials include cast mates Jang Dong-min, Yoo Sang-moo and Kang Yu-mi. The Gag Concert stars are reportedly practicing to sing a wedding song for the two.