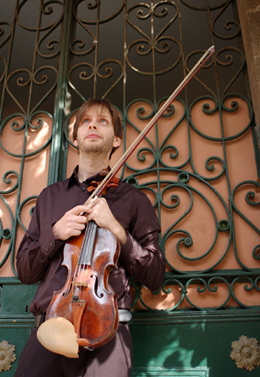 Aiman Mussakhajayeva (above) will perform with Israeli violinist Roy Shiloah (bottom) at the Seoul International Music Festival.Provided by the organizer

There are a number of classical music festivals in Korea, but perhaps none puts more focus on harmony than the upcoming Seoul International Music Festival.

The concept for the opening concert, “Beyond Ideology: Melody of Peace and Harmony,” began with letters exchanged between Ryu Jea-joon, the festival’s artistic director, and Aiman Mussakhajayeva, a Kazakh violinist. The two discovered they shared a sense of regret about the Israeli-Palestinian conflict, and a desire to convey a message of reconciliation. Ryu asked if Mussakhajayeva would be interested in performing with an Israeli musician, to which she replied, “It would be an honor.”

“Many Israeli musicians turned the offer down, but Roy Shiloah [an Israeli violinist] responded that he would participate,” Ryu recalled. Shiloah said in an e-mail interview that he thought “this will be an opportunity to show the things that [Mussakhajayeve] and I have in common, instead of showing the differences between us.” He added, “Musicians can and should bring out in a clear voice the beautiful and common language that can build bridges between people.”

Mussakhajayeva is on the same page. The holder of the honorary title Unesco Artist for Peace, she said musicians have a weapon others don’t have. “Musicians have one of the strongest powers - it is called ‘music’. They have to be warriors to spread peace.” 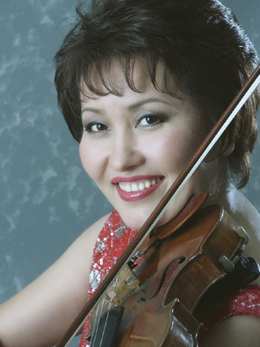 The two will play music by Krzysztof Penderecki, J. S. Bach and Benjamin Britten at the concert on Friday at the LG Arts Center.

Besides facilitating collaborations that transcend race and religion, the festival hopes to bring together veteran and amateur musicians, traditional and contemporary music, and Western and Eastern music, organizers say. “The message of harmony is implied in all programs, and we’ve invited artists who can best convey this,” said director Ryu.

The Seoul International Music Festival will be held from Friday through May 30 in venues around Seoul. For more information, visit the Web site www.esimf.com.