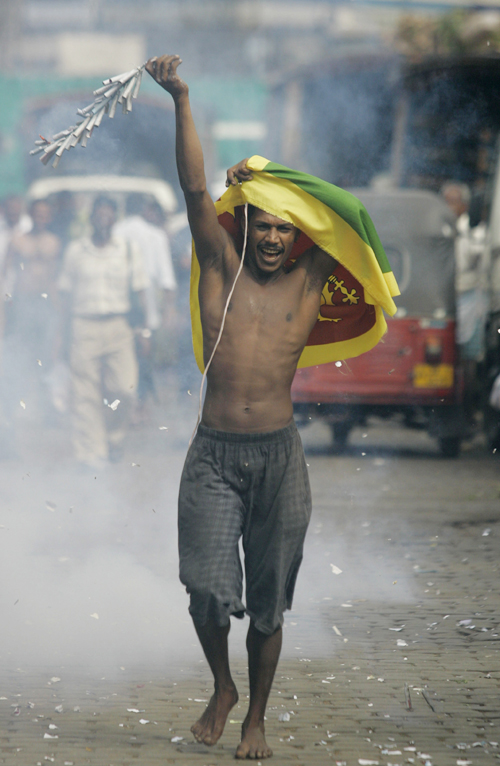 A man draped in a flag sets off celebratory fireworks in Sri Lanka’s capital of Colombo on Sunday after President Mahinda Rajapaksa declared victory in the country’s quarter-century civil war with separatist rebels. The last remaining civilians trapped by the fighting in northern Sri Lanka poured out of the war zone over the weekend, clearing the way for government forces to wipe out the remaining pockets of rebel resistance, the military said. [AP]