Shades of grey on the journey into adulthood

Shades of grey on the journey into adulthood 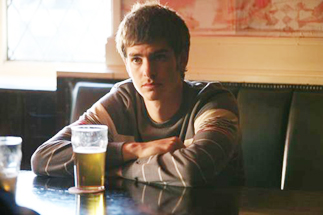 Very young children are often said to go through “phases.” Society reassures parents that a whole swath of irritating behaviors will simply go away as their kids mature. Little ones are works in progress - who they will be still unclear.

So what drives one child to end another’s life? And does someone ever “grow out of” the urge to kill? Even if you think rehabilitation is impossible for adults, what about children?

“Boy A” answers none of these questions definitively. But it does introduce very personal shades of grey into the equation that are likely to make you feel uncomfortable, no matter what side you’re on.

As the film opens the kindly, middle-aged Terry (Peter Mullan) is helping a young man (Andrew Garfield) choose a new name. The boy is obviously being released from somewhere, but at this point we don’t know what - it could be prison, or perhaps he is going into witness protection - all we know is, he’s building a new identity, and he looks quietly thrilled.

It seems to be the perfect tabula rasa. But as the newly named Jack proceeds to find a job, friends and a lover, he cannot help but be wracked by guilt that he is deceiving them, and we gradually discover what he’s hiding.

The film shares certain close parallels with a real-life “Boy A,” a name used to disguise the identity of child criminals in court. In fact, the actor who plays the young Jack (Alfie Owen) looks almost exactly like the mug shot of Jon Venables, the 10-year-old who, with another boy, abducted and killed James Bulger, 2, in Liverpool in 1993 - same tousled hair, same scared, big eyes.

Garfield is excellent in the role of the socially stunted but earnest youth, who is depicted as being pulled into his crime by his childhood friend Philip (Taylor Doherty). A nitty-gritty attempt at rehabilitation is rarely considered on film, and John Crowley, directing based on a novel by Jonathan Trigell, seems to have found rare virgin ground to cover.

Though the ending seems unrealistically at odds with the rest of the film, even mean-spirited, Boy A is worth seeing for its profile of an adult grappling with crimes he committed as a child, attempting to reintegrate into society and come of age at the same time. I suppose I should warn Republican readers: You may even feel a little empathy.