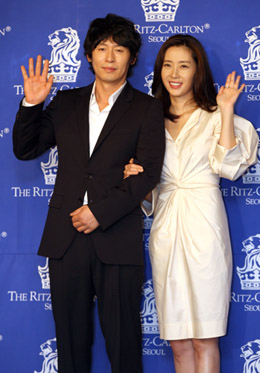 The couple first met on the set of “Jail Breakers” in 2002. They surprised the nation early this month when they announced plans to get hitched. Rumors of their relationship started in 2006 when the two were shooting the movie “Lost InLove,” but both had denied the accusations.