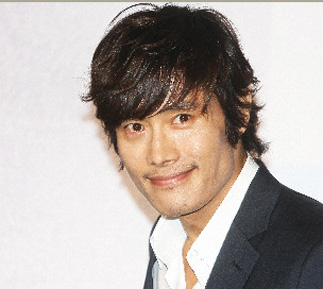 Three top actors from Korea, Japan, and the United States joined forces to promote their new film in Japan. Lee Byung-hun (right), Takuya Kimura and Josh Hartnett were on hand in Tokyo on Wednesday for the world premiere of “I Come with the Rain.”

The movie was written and directed by the Vietnamese-French filmmaker Tran Anh Hung. It tells the story of a former Los Angeles cop searching throughout Asia for the son of a Chinese billionaire.

Hollywood star Hartnett plays Kline, the police officer. Lee, who recently received good reviews for his role in last year’s “The Good, the Bad and the Weird,” is Su Dongpo, a Hong Kong gangster. Japan’s Kimura, the main man in the Japanese hit drama “Mr.Brain,” appears as Shitao, the missing son. The movie opens in Japan on June 6.