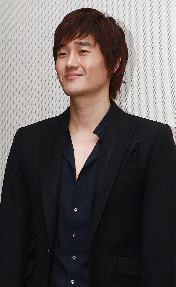 The film is the 34-year-old actor’s fourth short film as a director.

In addition to directing the film, Yoo wrote the script and plays the main character alongside leading lady Uhm Ji-won.

According to Yoo, Invitation is an homage to the 1962 French film “La Jetee,” directed by Chris Marker. Like Marker’s black and white sci-fi short, Yoo’s film also consists mostly of still photos and narration.

Invitation will be screened with the documentary “Annie Leibovitz: Life Through a Lens,” which traces the life and work of the pioneering photographer. The double feature will open in theaters on June 11.