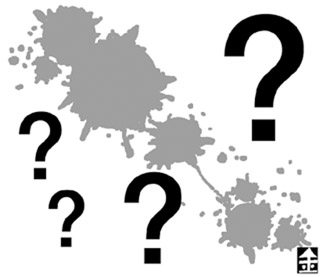 The plot of organized violence to guard power, fortune and honor is a commonly used narrative in novels. Conspiracy theorists looking at powerful groups with suspicious eyes are also common in the real world. In February 2008, the British magazine The Economist introduced the 10 most popular conspiracy theories found by Web search engine Google. The most frequent Internet postings concern an alleged American government role in the 9/11 terrorist attacks of 2001; Elvis Presley’s supposedly faked death; and questions surrounding why in footage of the Apollo moon mission, the flag is waving, given that the Moon has no atmosphere.

The assassination of John F. Kennedy, the 35th President of the United States, in November 1963 is another prime example. Lee Harvey Oswald was found to be the lone grassy knoll murderer, and he was subsequently murdered by Jack Ruby. Against this backdrop, questions swirl among conspiracy theorists regarding the “real culprits” behind the assassination. The most popular figures involved tend to be the Mafia, the Central Intelligence Agency, the Federal Bureau of Investigation, the KGB of the Soviet Union, and the Cuban leader Fidel Castro.

A conspiracy theory circulating about the death of Diana, Princess of Wales’ in a car accident in August 1997 has persisted for more than a decade. Many claim that she was killed by MI6, the British Secret Intelligence Service, on orders of Prince Philip, her former father-in-law and husband of the British sovereign, Queen Elizabeth II.

There is a reason why conspiracy theories fail to become established theories. This is because they try to use complicated, rather than simple assumptions to reach a conclusion. Not surprisingly they tend to be illogical and unscientific.

Conspiracy theories have spread like wildfire surrounding the death of former President Roh Moo-hyun due to his bodyguard’s false statement about Roh’s fatal plunge and suspicions over the police investigation.

People may be finding it difficult to accept his sudden suicide as fact. But the core facts of the incident are unlikely to change, in light of his testimony.

Raising conspiracy theories may serve as a catalyst to further investigate his tragic death. However, it is disrespectful and dangerous to circulate false rumors with no tangible grounds, in circumstances where prosecutors are seen as the enemy and further details of the investigation on the deceased could be made public.