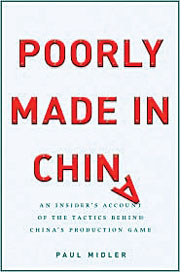 Poorly Made in China: An Insider’s Account of the Tactics Behind China’s Production Game

This fast-paced travelogue through the world of Chinese manufacturing is scary, fascinating and very funny. Midler is not only a knowledgeable guide to the invisible underbelly of the global economy, he is a sympathetic and astute observer of China, its challenges, and its people. A great read.

The Lost City of Z : A Tale of Deadly Obsession in the Amazon

In April 1925, a legendary British explorer named Percy Fawcett launched his final expedition into the depths of the Amazon in Brazil. His destination was the lost city of El Dorado, the “City of Gold,” an ancient kingdom of great sophistication, architecture, and culture that, for some reason, had vanished. The idea of El Dorado had captivated anthropologists, adventurers, and scientists for 400 years, though there was no evidence it ever existed. 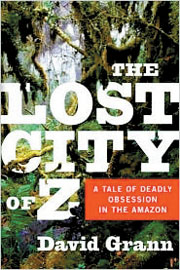 Public Enemies: America’s Greatest Crime Wave and the Birth of the FBI, 1933-34

“Public Enemies” is the story of the most spectacular crime wave in American history, the two-year battle between the young J. Edgar Hoover, his FBI and an assortment of criminals who became national icons: John Dillinger, Machine Gun Kelly, Bonnie and Clyde, Baby Face Nelson, Pretty Boy Floyd, and the Barkers. In an epic feat of storytelling, Burrough reveals a web of interconnections within the vast American underworld and demonstrates how Hoover’s G-men overcame their early fumbles to secure the FBI’s rise to power. 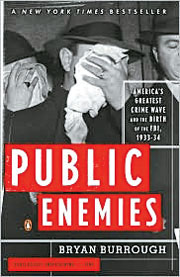