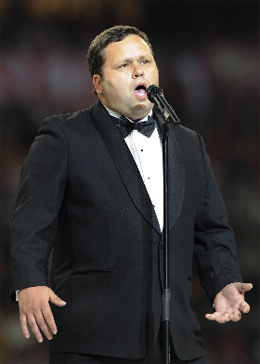 Paul Potts will be arriving in Korea next week for a five-day visit.

The British tenor will promote his second album “Passione” at various events across Seoul and will also serve as a special judge at the Busan audition for Mnet’s “Super Star K,” a Korean version of “American Idol.”

The former cell phone salesman surprised the world in 2007 when he grabbed first place on the TV show “Britain’s Got Talent.”