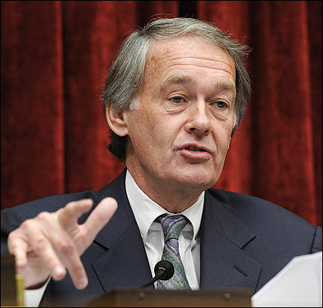 Speaking about climate change negotiations between China and the United States, U.S. Representative Edward Markey (Democrat-Massachusetts) said, “This is going to be one of the most complex diplomatic negotiations in the history of the world.” The congressman is a co-sponsor of the Waxman-Markey climate and energy bill.

One might think Markey is exaggerating, but the reality is quite serious. The United States and China emit 40 percent of the world’s greenhouse gases. Unless the two giants reach an agreement, there is no way to cool down the earth’s warming. If the negotiation ruptures, countries other than those in Europe will certainly break with the pledge for the earth.

A few days ago, the representatives of the two countries sat at the negotiation table face-to-face in Beijing. The intense atmosphere was reminiscent of the arms control negotiations in the Cold War era. Foreign press reported that a “Cool War” has begun.

The negotiation was a tight power game. The United States demanded that China propose an obligatory reduction goal, and only then would Washington join the international climate conference in Copenhagen, Denmark, at the end of the year. China claimed that it cannot make the reduction obligatory but would set and meet a domestic goal.

The United States responded by saying an internationally recognized obligation is the only way to verify the reduction of emissions. Beijing condemned developed Western countries for producing more greenhouse gases in the past, but Washington insisted that at present, China emits four to six times that of the United States and the EU considering its gross domestic product.

Apart from the U.S. and China, talks on climate change took place last week in Bonn, Germany, with representatives from over 180 countries. The meeting was not only a discussion on the seriousness of global warming but also a detailed review on each country’s draft proposal. Countries are using the Cool War to advocate their positions. An expanded G-8 summit is to be held in July, followed by working-level climate change negotiations in August and the UN climate summit in September.

Developed nations insist that each country needs to set and meet an obligatory goal. Developing and underdeveloped countries refute that they won’t follow unless developed nations provide technological and capital assistance. Newly emerging industrial nations are seeking a third way. Korea, the 16th-largest emitter of carbon, supports voluntary reduction but suggests an alternative to create an international registry to manage the progress.

Reduction of greenhouse gases directly influences the industries and agriculture of a nation. Depending on the outcome of the negotiations, the framework of the steel, automobile, forestry, chemical, livestock and heavy industries will have to change. The issue is so sensitive that there must be a domestic consensus before international negotiations.

U.S. President Barack Obama proposed a plan to reduce greenhouse gas emissions to the 1990 level by year 2020. Similarly, he told Congress that the international agreement would be based on domestic law. Since different industries have different positions, the government and the politicians can only succeed when they take sufficient time to reach a social consensus.

About two months ago, the Korean government said that it would announce its greenhouse gas emission reduction goal for year 2020 within the year. An executive at an energy company said, “I support ‘green growth,’ but I am not sure if the government has contemplated its effects on industries. The move could seriously damage industrial fundamentals.”

Today, politicians are absorbed in a backward agenda. From time to time, they advocate riding bicycles but then turn away from the substantially important issues. They need to set up the country’s green strategy by meticulously reviewing the method, timing and conditions of greenhouse gas reduction.

As we prepare for the climate talks, we need to evaluate the reality of Korea as a green nation. Let’s look at the report on the performance of meeting the objectives for the environment by the World Economic Forum last year. Korea was ranked below 100 among 149 countries in the preservation of the ecological system, air control and energy policy. While we advocate use of solar, wind and tidal energy, their combined effect to set off greenhouse gas emission is not as great as creating and maintaining greenbelts and forests.

It is still uncertain if an agreement signed by major nations will be produced in Copenhagen six months from now. It is also unclear whether the agreement would lean toward the proposals of developed countries, developing countries or the third way.

However, each country will surely propose its own reduction plan and stand at the starting line of the green competition. Politicians need to stop the backward political confrontations and begin addressing the greenhouse gas emission plan and the climate change convention right away. They also need to induce a social consensus. We should check the Korean people’s response on its green future and make up for our weaknesses.

We don’t have much time. The clock is ticking toward December in Copenhagen. In the meantime, the summer is getting hotter on the Peninsula.


*The writer is a social affairs news editor of the JoongAng Ilbo.