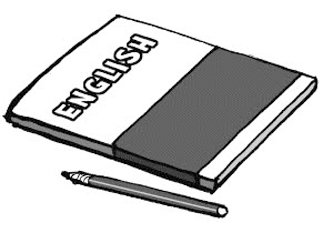 Those who are suffering from the difficulties and stress of trying to learn the English language can take heart from George W. Bush. When the former U.S. president says “is” after plural subjects, it becomes quite reassuring for struggling students to hear that Bush holds a bachelor’s degree from Yale University and a master’s degree from Harvard.

Besides his grammatical failings, his unorthodox vocabulary was much “badder” than people expected from a national leader. He referred to people from Greece as “Grecians” and is credited for accidentally coining the word “misunderestimate,” cementing his legacy as the gaffe-prone president for years to come.

In fact, the English language is so vast that it can tongue-tie even a well-educated president of an English-speaking country. The number of entries in the Oxford English Dictionary is 600,000, while the French language has 100,000 words and Spanish 250,000. That is because English has absorbed other cultures and languages like a sponge.

Geoffrey Chaucer, the so-called “father” of English literature, is regarded as the frontier, who turned the backward English language into a rich tongue. He borrowed words that English lacked in the 14th century from French or Italian. Including “secret,” “policy” and “galaxy,” he made up more than 1,000 new words in this way.

These days, it is said that a new word is born every 98 minutes. The Global Language Monitor tracks trends in language usage, new words and phrases with its special software programs. On June 10, it announced that the 1 millionth English word was coined. It was “Web 2.0,” the word referring to next-generation Internet. “Sexting,” meaning an act of sending sexually explicit messages or photos electronically, or “noob,” meaning a newcomer to an Internet activity, only barely missed out.

Today more than 1.5 billion people around the world, including 300 million Chinese and 350 million Indians, can use English to communicate. Just as Latin and French once dominated the world, now English has moved beyond England or America and is lingua franca, indeed.

The phenomenon of English linguistic dominance also casts a large shadow. As English spreads across the globe, indigenous languages in many countries are rapidly disappearing, according to Professor David Crystal of Bangor University in the United Kingdom.

Some linguists have even forecast that the current 7,000 languages will be reduced to several hundred by 2100.

Korea must pay attention to this gloomy prediction. Koreans, in particular, are more eager to learn English than most. Should we then find hope in the fact that an increasing number of people in other countries want to learn Korean thanks to the hallyu, or Korean wave, of our pop culture?