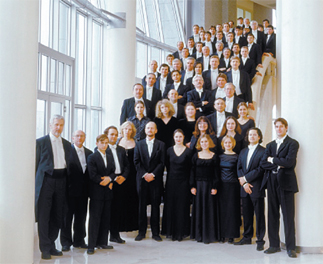 The Russian National Orchestra will perform in Korea this month. Provided by the organizer

As the Soviet Union began to collapse in the late 1980s, Russia experienced radical changes fueled by policies of openness under its leader at the time, Mikhail Gorbachev.

The art and music worlds were no exception. In 1990, the country’s first orchestra independent of the government materialized in the form of the Russian National Orchestra. Today, the RNO is considered Moscow’s top orchestra, according to a Gramophone magazine poll of international music critics.

One critic said the orchestra’s performances are “as close to perfect as one could hope for,” while another wondered if human beings should “be able to play like this.” Judging from its packed tour schedule, it’s also one of the most sought-after orchestras in the world.

And now it’s coming to Korea. The RNO, led by artistic director Mikhail Pletnev, will hold performances in Daejeon and Seoul this month.

Born in 1957, Pletnev - who refers to RNO musicians as his “children” - has an impressive resume. Aside from being one of Russia’s most prestigious pianists, he’s also a conductor, a composer and the founder of the orchestra.

The Russian National Orchestra has chosen Tchaikovsky’s Symphony No. 6 “Pathetique” for its Seoul concert, among other pieces. Korea’s Won Kim will be the guest pianist.