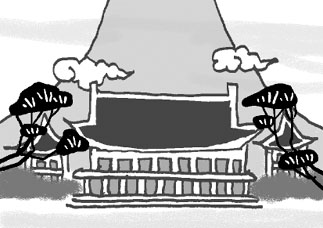 She may have turned 50 this year, but Barbara Millicent Roberts, better known as Barbie, still has a killer (if unrealistic) body that has been blamed for promoting anorexia in young girls for half a century.

In 1992, the doll maker Mattel put the first talking Barbie on the market. Her all-important first words: “Math class is tough.”

The negative stereotype of an unintelligent blonde female raised the ire of many. Mattel was quickly chastised for exacerbating a general lack of self-confidence among girls in math and scaring them further from the subject. The toy company eventually apologized and has kept Barbie’s mouth shut ever since.

Still, it is a fact that a gender gap exists, underscored in standardized tests of math and science achievement, where boys continue to outperform girls.

An analysis by Science magazine in May last year, however, viewed this trend from a different angle. The math scores from the 2003 Program for International Student Assessment, a survey on 15-year-old students’ skills and knowledge in reading, math and science administered by the Organization of Economic Cooperation and Development, showed that male teens outperformed their female peers by an average of 10 points.

However, girls from countries famous for gender equality like Sweden and Norway performed equally well or even better than boys in their country. The gender gap in math scores spread as wide as 23 points in Turkey, where gender equality is relatively low.

The study concluded that culture, rather than nature, can influence math scores. Many female mathematicians can be born in a country providing gender-equal opportunity and culture.

Unfortunately, Korea ranks among Turkey and Italy with a relatively large gender discrepancy in math scores.

This is hardly surprising in a country where girls have long been encouraged to focus on languages and boys on math and science at school. Many girls believed themselves to be weak in math and simply gave it up. Our Internet portals are riddled with questions like, “I’ve given up on math. Can I still get into a college in Seoul?” The answer, of course, is no.

Our president, lately vowing to start anew and change, is no different from a student ready to throw in the towel on math.

Politics, diplomacy and the economy are crucial subjects for a president, as are Korean, English and math for a student. Accordingly, Lee Myung-bak won’t pass if he gives up on any of these three subjects.

As girls should overcome their fear of math to prove their true ability, so should the president in his politics, whether he is scared or not. All subjects are important and should not be easily abandoned.