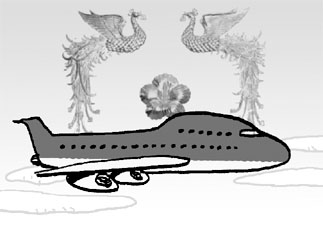 Which country’s president once griped, “It’s a shame we don’t have a decent presidential airplane”?

No, it wasn’t President Lee Myung-bak, but Bolivian President Evo Morales who complained last year when once again he was turned down when requesting a budget for the purchase of a presidential airplane for the South American nation. Whenever Morales visits other countries he must rent a plane from bigger neighbors such as Brazil or Venezuela.

We, too, once experienced the same situation. In 1968, President Park Chung Hee invited Cho Choong-hoon, founder of Hanjin Group, to the Blue House. He remarked, “As president, I wish I could travel overseas on a flagship carrier, let alone a presidential airplane. Flagship airlines are a country’s identity in the sky. A country’s power extends to the places where flagship planes fly to.”

In his memoir, the late chairman Cho recalled this conversation as the seed that led to the establishment of Korean Air.

Before Korea’s flagship airline was created, Park had used mostly chartered airplanes from the American carrier Northwest Airlines. This was the case not only when he went to the U.S. but also when he visited other countries such as Australia, the Philippines and New Zealand.

When he visited West Germany in 1963 he flew on a plane that the West German government sent for him. At that time, there were no decent domestic airplanes for the president to fly in when visiting other countries.

Park’s wish eventually came true in the 1970s after Korean Air began operations in 1969 by taking over Korean National Airlines, whose fleet contained just one jet and eight propeller aircraft.

But our president still charters a plane.

The ruling Grand National Party insists it could save more money by purchasing a presidential plane because the costs of chartering an aircraft for a presidential trip are around 100 million won ($76,000) per day.

But the request has been turned down repeatedly in the face of the opposition parties’ argument that the Blue House must set a good example of tightening its belt to overcome the economic slowdown.

This situation is not unique to the current political climate. Whenever a new administration takes over, the opinions of the ruling party and the opposition party are suddenly reversed.

Our country’s presidents do not seem to have much luck when it comes to a presidential plane. Perhaps they can find consolation in the fact that at least we have flagship carriers that they can always charter planes from.

The writer is the deputy political news editor of the JoongAng Ilbo.