Sad farewell to the King of Pop

Sad farewell to the King of Pop 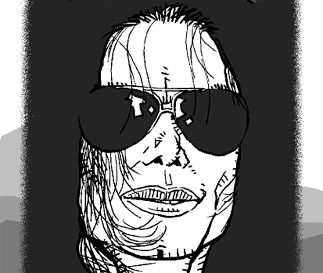 Michael Jackson was a prince in a fairy tale. He lived with a wall between himself and other people when he was young because his mother was a Jehovah’s Witness. He became a star when he was 11 years old, which made his life anything but normal.

The curtain of people who surrounded him as he was becoming one of the most popular people on the planet isolated him from the outside world. Jackson built and reigned over a theme park and mansion in Santa Barbara, California, called Neverland, the imaginary island from the “Peter Pan” stories. Around 50 members of his staff resided there and guarded the surroundings.

In 1996, Jackson came to Korea for his first concert here. The vehicle he was in ignored a traffic light and made a U-turn in the middle of Gangnam, southern Seoul. Reporters tailing the car followed suit, thinking perhaps there was an emergency.

But Jackson’s car stopped calmly in front of a pizza store. Apparently Jackson had said, “I want pizza,” and his manager ordered the driver to turn the car around immediately, regardless of road conditions. He was not the “King of Pop”; he was just the king.

He dreamed of a fairy-tale world. He always sent out a message of peace to the world, and wanted to perform in both South and North Korea, since Korea is the only divided country on the planet. When it became difficult to perform in Pyongyang, he decided to perform in the demilitarized zone instead, and on Nov. 18, 1997, he visited Muju resort without any reservations or prior plans to make contact with Kim Dae-jung, who was a presidential candidate at the time. After that meeting, Jackson even appeared at Kim’s inauguration on Feb. 25 the following year.

Jackson’s contact with Korea stopped after his “Michael Jackson and Friends” charity concert in Seoul with Mariah Carey and others on June 25, 1999.

And then the fairy-tale world began to fall apart. His astronomical fortune had disappeared because of legal disputes related to allegations of child molestation against him. He even had to sell Neverland to pay off his debts, and was living in a rented house in Los Angeles at the time of his death. Previously, there had been rumors that he had skin cancer.

Fans who could not imagine Michael Jackson as a senior citizen may have predicted he would suddenly disappear one day. He is said to have left behind around 100 unreleased songs, so his voice will probably be heard around the world for a while. Even so, it is heartbreaking that we will never see the man who ruled the entertainment world for almost 40 years perform on stage again. The idea that Neverland will open as a theme park without its owner adds to the feeling of loss.