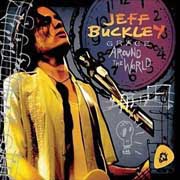 Jeff Buckley sounds haunted, or maybe it is those of us who mourned his death that still shiver at the sound of his voice.

Buckley died in 1994 in a swimming accident, leaving behind what was a burgeoning career and just one studio album, “Grace.” That album is the inspiration for this collection, compiled for the 15-year anniversary of its release, and it comes with a DVD featuring live, previously unreleased versions of various Buckley sets, interviews and backstage clips.

In it, he growls, groans and howls, at times sounding like a muted trumpet, at others throwing a high pitched vibrato that channels Nusrat Fateh Ali Khan, the Qawwali singer Buckley once described as “part Buddha, part demon, part mad angel.”

Those are words worthy of Buckley himself, who wrote: “Walking to the bright lights in sorrow/ Oh drink a bit of wine we both might go tomorrow/ Oh my love/ And the rain is falling and I believe my time has come/ It reminds me of the pain I might leave behind.” By Jenny Na

“Grace Around the World”