The tragedy of the blonde bombshells

The tragedy of the blonde bombshells 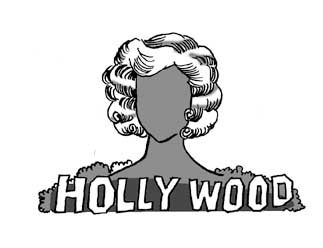 The showbiz world was left spellbound when an 18-year-old Jean Harlow (1911-1937) first appeared on the silver screen. One film commentator went so far as to claim that she was “the most luminous creature” he had set eyes upon.

Harlow burst into superstardom through “Platinum Blonde” - a film whose title was changed from its original to incorporate the actress’ stunning blonde locks. As the original blonde bombshell, Harlow paved the way for Hollywood screen sirens for decades to follow.

But in order to maintain this style, Harlow had to endure painful bleaching sessions weekly to maintain the perfect platinum blonde look with a toxic cocktail of peroxide, ammonia and Clorox.

Her personal life provided little comfort. She endured a fatherless childhood under an obsessive mother, followed by an adult life scarred by three disastrous marriages. Despite Harlow’s desire for a simple, quite life, her mother pushed her harder toward greater fame. Men were abusive and manipulative. Her health deteriorated quickly. And when she died of kidney complications at 26, she had but just a few golden locks left on her head. Her signature platinum blonde locks in her last film were courtesy of a wig.

Norma Jean Mortenson (1926-1962) spent her early years in foster homes. At the age of nine, she was molested by her guardian’s husband and suffered more sexual assaults before finally hiding behind marriage. She then took her sexual appeal to Hollywood. She dyed her brunette hair blonde, shook her curvy body and changed her name to Marilyn Monroe. Despite her image as a so-called “dumb blonde,” she was anything but.

Monroe found men ridiculous and Hollywood shallow. “Hollywood is a place where they’ll pay a thousand dollars for a kiss and 50 cents for your soul.” Despite the dumb blonde persona, Monroe worked hard to broaden her range and critics began taking her seriously. She won a Golden Globe for her performance in 1959’s “Some Like It Hot.”

But despite her on-screen success, wearing the crown of blonde goddess drove her to depression off-screen. Laden with chronic insomnia, she died of “accidental drug overdose” at 36. Yet it may well have been an overdose of self-hate more than alcohol and drugs that killed her.

Another blonde goddess, Farrah Fawcett (1947-2009) bade farewell to this world last week at the age of 62. The Texas-born beauty started off her career as a shampoo model before she - and her iconic 1970s hairstyle - become an international star through the hit TV show “Charlie’s Angels.”

In her later years, Fawcett fought cancer and agreed to be filmed for a documentary as she underwent treatment that would make her lose her trademark hair. She declined to wear a wig for the filming, believing “life is more important than hair.”