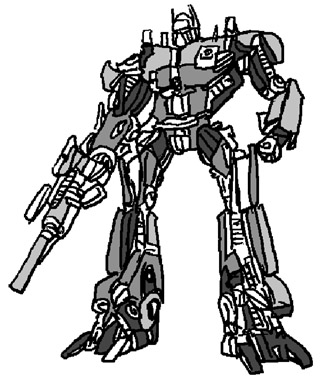 The recently released “Transformers: Revenge of the Fallen” has created a huge buzz in movie theaters across the country.

As of last Monday, the blockbuster had lured more than 3 million viewers to the nation’s cinemas. It is expected to hit the 5 million viewer mark this weekend.

Some experts predict that it will herald a new era of “10 million” movies, breaking the record of its predecessor with the highest box-office receipts in Korean film history at 7.5 million viewers.

The story of “Transformers” goes way back to the year 1984.

At a toy exhibition in Tokyo, U.S. toy maker Hasbro was transfixed by Takara Tomy’s toy that transformed from car to robot. Changing it from a pilot-driven robot to a sentient being, Hasbro developed the concept further and in May 1984, released the first Transformer onto the U.S. market.

Three months after its release, it was a major hit. That autumn, Marvel comics - of “Spider-Man” fame - enjoyed great success with a “Transformers” comic and a Korean-American named Nelson Shin developed a television cartoon series.

World-renowned director Steven Spielberg, who produced the original “Transformers” movie in 2007, said that he was an enthusiastic admirer of Shin’s cartoon during the 1980s.

When questioned about the popularity of Transformers, Spielberg responded, “Everybody likes an idea where the most commonly viewed thing ?? a car ?? is transformed into a robot.”

Of course, a fresh shock came when a yellow Chevrolet with black stripes that resembled a cute honeybee transformed into the huge robot “Bumblebee” in an instant.

Transformation stories have enjoyed popularity from the Bible’s book of Genesis to the present day. Ovid, the Roman poet who lived in the era of Augustus, became one of the most popular writers of the time as soon as he released his work “Metamorphoses.”

The Metamorphoses, the source for Greek and Roman mythologies, is comprised of more than 12,000 poems, with subjects such as Narcissus, Daphne and Echo.

Transformation stories of Ovid are familiar to modern readers as well.

The “transformation” of President Lee Myung-bak is the talk of the town these days. Claiming the ideological middle ground, Lee went to an outdoor market to meet common people and announced his intention to give up his pet project, the Grand Canal, which was one of the core policy pledges of his presidential election campaign.

The film Transformers has enjoyed its greatest success in Korea after the U.S.

What kind of box-office records can this summer’s “Transformation of President Lee” set?

The writer is a reporter of the JoongAng Sunday.