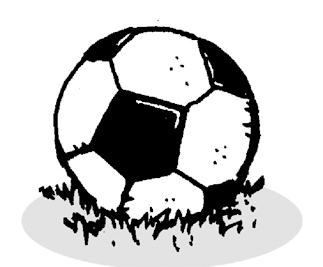 “The most important thing in football is to run fast, to kick the ball well and to have good strategies.”

These simple but sagacious words could be equally attributed to a great football coach like Guus Hiddink or some neighborhood kid who has just played football for the first time.

They actually come from Kim Il Sung, who said this to the North Korean national team as motivation before the 1966 FIFA World Cup. Myung Rae-hyun, the team coach at the time, and the players testified the deceased leader’s words in the documentary “The Game of Their Lives” by the British documentary filmmaker Daniel Gordon.

Once on the field, they faithfully carried out the Great Leader’s advice: running fast in an organized way. They played the beautiful game in a fast-paced style, as if the Chollima Movement - the North’s answer to China’s Great Leap Forward, which translates into English as the “Excellent Horse Movement” - had been transplanted to the football field.

The North Korean team played remarkable football and pulled off one of the most stunning upsets of all-time. North Korea was beaten 3-0 by the Soviet Union, drew 1-1 against Chile, but in the final qualifying match defeated Italy, a tournament favorite, to advance to the quarterfinals. The result was such an upset, that to this day many elderly Italians still recall the name of the North Korean player, Park Doo-ik, who scored the winning goal.

The quarterfinal against Portugal was even more dramatic. North Korea scored three quick goals in the first 20 minutes but eventually succumbed to Portugal, who scored five consecutive goals to win the match.

The problem: North Korea continued its attacking, fast-paced football even when it was leading 3-0. Perhaps the Great Leader should have also given an order to defend and tighten up when comfortably ahead.

In the 44 years since, North Korea’s national football team has never played on football’s biggest stage, but next year it will head to the World Cup in South Africa.

“North Korean leader Kim Jong-il today announced he will end his seclusion and visit South Africa later this year. He has chosen the African nation for his appearance as he wants to support the North Korean football team in the World Cup and he sees South Africa as a fitting place to make a special announcement. ‘Just as South Africa did in 1991, we, too, will abandon our nuclear programs.’ Kim said. ‘We respect that South Africa voluntarily gave up its nuclear weapons and international society lifted sanctions against the country.’”

This I imagine, while North Korea continues its nuclear tests and fires off missiles as if playing with fireworks.