The songs we leave behind

The songs we leave behind 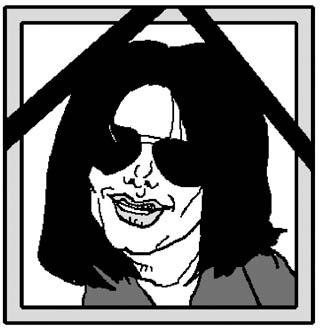 Different experiences can long resonate and leave us with a strong aftertaste.

A good song lingers on, and meaningful words ring inside our minds.

A person with a good personality, or good disposition, also leaves behind something for us to think about afterward.

Prose containing deep philosophy can evoke many other thoughts.

These all leave indelible traces that remain for a long time after.

In the Eastern world, a story about a poor woman with a beautiful voice illustrated the power of a lingering sound.

A woman named Han-e lived in the state of Han during the Spring and Autumn Period in China. She went to the state of Qi and sang for a living there.

One day, the owner of the inn she was staying in took advantage of her. Even her sobbing was so beautiful and appealing that people around her shed tears together with her.

When she sang from the bottom of her heart, the song remained where it was heard for days.

The story has it that after Han-e sang, her song could be heard again and again from the pillars behind the stage at least for three days, as if the lingering sound was swirling around the pillars.

Although the story may sound far-fetched to us today, certain sounds do have the power to encourage understanding among people.

Confucius admired the Zhou Dynasty and one day he listened to its Shao music. He said after listening to the music, he could not taste meat for the following three months.

Boya was a legendary player of the qin, a Chinese traditional stringed instrument, while his friend Zhong Zigi was a good listener.

The entire world has been swept up in eulogizing Michael Jackson, one of the most successful pop stars in history.

Despite many troubles that have taken place around him, his music still lingers on in many people’s hearts.

The song “I’ll Be There,” sung with such a pure and innocent voice, touches people around the world anew.

When we leave this world, what lingering sound will we leave behind?

Those public figures who work in the public sphere should seriously consider their own lingering legacies.