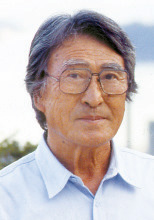 Call it a Moon landing.

A third museum in Korea dedicated to the late sculptor Moon Shin (1923-1995) will be built in Yangju, Gyeonggi, with plans to display 80 of his original plaster cast pieces and 100 drawings.

The project is a result of a partnership among Yangju, the Gana Art Center in Seoul and the Moon Shin Museum in Masan, South Gyeongsang. Yangju is spending 1.5 billion won ($1.2 million) to build the museum in a sculpture park in Jangheung-myeon, an area of Yangju where many artists reside.

Choi Sung-sook, the artist’s widow, serves as director of the Moon Shin Museum and is donating the pieces to the planned museum, which will be operated by the Gana Art Center. The museum will also include an atelier. 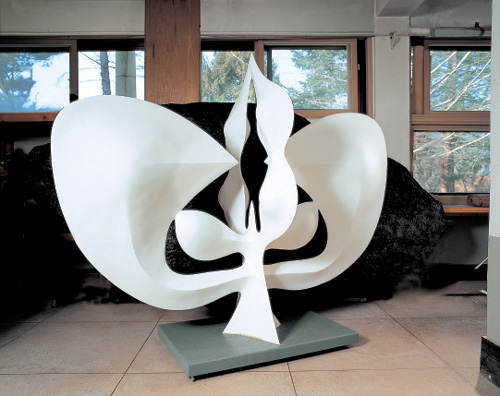 It’s a fitting tribute to the man whose pieces many say best represent 20th-century Korean sculpture. Moon is famous for harmonizing symmetric and asymmetric forms in his works.

“We wanted to host an artist whose reputation could match the level of the Jangheung art village, so we decided to build a museum devoted to Moon Shin,” said Lee Ho-jae, chairman of the Gana Art Center.

Construction of the museum is expected to be completed in October 2010.

Born in Japan in 1923, Moon spent his childhood in Masan and, at 16, began attending Tokyo University of the Arts. In 1961, he went to France and experimented with abstract paintings and sculptures.

Almost a decade later, he exhibited his work at the International Sculpture Symposium at the Musee des Sables in southern France, which brought him fame on a worldwide scale. After that, he held exhibitions in countries around the world including Germany, Switzerland and Iran. In 1980, Moon returned to Masan.

There, his accomplishments continued to mount. Moon was one of 24 artists invited to France for an international exhibition in 1989 to celebrate the 200th anniversary of the French Revolution.

Additionally, his work “Olympics 1988,” a 25-meter (82-foot) stainless steel sculpture displayed at Olympic Park in southern Seoul, drew acclaim from around the world. Moon opened a gallery in Masan in 1994, but he passed away the following year.

Aside from the museum dedicated to him in Masan, there’s another that opened in 2004 at Sookmyung Women’s University in Seoul.

The planned museum in Yangju was designed by critically acclaimed London-based and Israel-born designer and architect Ron Arad and his firm. Arad has received numerous awards, including the prestigious Royal Designer for Industry prize in Britain in 2002. He was the architect behind major buildings, such as the Design Museum Holon in Israel.

Arad held his first solo exhibition in Korea at the Gana Art Center in Seoul, which paved the way for his selection as the main architect behind the new Yangju museum.

“Initially, I was worried that Arad may not like the fact that he would be doing such a small project,” Lee, of the Gana Art Center, said. “But fortunately, he liked the location very much.”