Pretty boy Lee shows off his introspective side

Pretty boy Lee shows off his introspective side 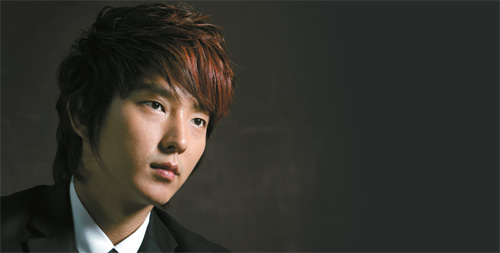 Korean actor Lee Joon-ki talks about his acting career. Although he has starred in just a handful of films, he is ranked as one of Korea’s biggest box office draws. By Jeong Chi-ho

There are certain things you might expect when meeting a star actor: crazy good looks, fabulous lifestyle and, perhaps, a bit of attitude.

Such was this reporter’s expectation before an exclusive interview with Korean actor Lee Joon-ki on a recent afternoon. Lee, once a young and struggling actor from the port city of Busan, was catapulted to stardom with his impressive portrayal of an androgynous clown in the 2005 hit film “The King and the Clown.”

Today, Lee is ranked as one of Korea’s biggest box office draws. The few films he has made have attracted almost 20 million people, according to the latest figures.

This puts the 27-year-old actor on par with some of Korea’s most successful veterans, like Song Kang-ho, Sol Kyung-gu and Ahn Sung-ki.

Yes. The looks were there, although many would agree that Lee’s androgynous features aren’t what you would call typical, bordering somewhere between male and female.

The lifestyle was there, as well, with his entourage serving him one iced Americano after another and attending to his appearance from time to time to make sure that he felt and looked his best.

But it’s pretty difficult to say whether his attitude is typical of his peers.

“I’ve had my fall from grace,” Lee said with a serious face and a low voice as he sat dressed for a photo shoot in an impeccable black suit, white shirt and black tie.

“After my performance in The King and the Clown, I found myself at the forefront of this ‘pretty boy’ trend, whether or not that was my intention. Suddenly, people were interested in me, and there was all this praise and criticism all at the same time. Everything was just so overwhelming. I felt like I was floating on air.”

The “pretty boy” look for men has become more popular in recent years and since then Korean pop culture and the industries that support it have never been the same. Men as pretty as (or prettier than) women have become popular icons, and men who take care of their looks are much in demand. 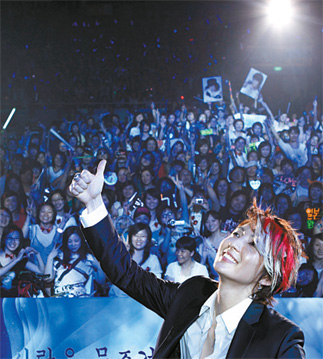 Looking back, Lee described his early days as a rising celebrity as having been marked by loneliness and failure.

“I think I became a bit full of myself with The King and the Clown. Then came the slump and the big fear of ‘what will I do when I stop shining?’” he said calmly. “But I certainly didn’t want to go back, considering all the effort it had taken me to get there. So in a way I had no choice but to gather myself together and push myself to get out of the darkness.”

Many would agree that Lee did have some success in getting out of his slump. His performance in the SBS drama “Iljimae” last year brought him top honors in the 2008 SBS Drama Awards last December.

The epic drama in which Lee plays a heroic thief who steals from corrupt Joseon Dynasty government officials and gives his take to the poor, enjoyed ratings of over 30 percent, and its DVDs sales were twice those of “Jumong,” another award-winning epic drama that was hugely successful here. Iljimae went on to air in Japan, and started its run on Monday on TV Tokyo.

The Japan deal is hardly surprising. Despite his relatively short career, Lee enjoys a fair amount of recognition in China, Japan and other Asian countries. A recent survey ranked Lee fourth as the hallyu (Korean wave) actor with the biggest potential. 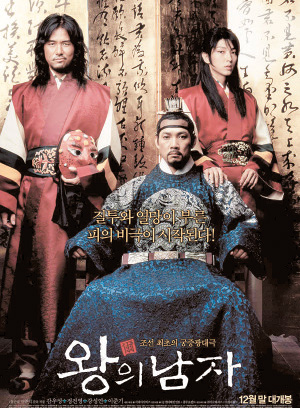 Lee says he defines himself as a clown, the role he played in “The King and the Clown,” the 2005 film that catapulted him to stardom. [JoongAng Ilbo]

Hallyu refers to the increase in interest in Korean pop culture in other Asian countries.

Lee was the representative for the Seoul Hallyu Festival last year.

In response to calls from his Chinese and Japanese fans, Lee held fan appreciation concerts in Shanghai and Hangzhou in China, with attendance up around 10,000. He also plans to present similar concerts in Kobe and Yokohama in Japan.

“Being a public figure, there aren’t many ways for me to relieve stress. And over the years, I’ve lost some of the people in my life. In that sense, I just want to have fun with my fans. My fans mean a lot to me.”

What was evident in the hour I spent with Lee were his seriousness and intensity, quite unusual for such a young celebrity. He also seems to possess the kind of insatiable ambition and endless tenacity people often attribute to “Gyeongsangdo guys,” guys from the Gyeongsang provinces in the southern part of the peninsula, like Lee.

Growing up, Lee’s family wasn’t rich. Lee says that is what made him who he is today.

“I just hated losing,” Lee said, sipping his iced Americano. “I had to constantly fight for things in life. Nothing could be taken for granted. Thinking back, had I grown up in a wealthy family, I think I would’ve taken things more slowly, and approached things in a more relaxed way. Perhaps I would’ve focused more on my studies, too,” Lee giggled, as if he had long ago made peace with his humble background.

Throughout the interview, Lee listened attentively to my questions, digesting them to the fullest, and responded in an extremely firm and thoughtful manner.

The thing he said with perhaps the most conviction came during a conversation about his relationship to his King and Clown character.

“Clowns [in the Joseon era] came from the lower classes, but had such longing for artistic creativity and freedom. Through their performances they could explore such desires, while at the same time bringing people joy,” Lee explained. The King and the Clown ends with Lee’s character Gongil yelling that he will become a clown in his next life. For Lee, the answer would perhaps be the same.