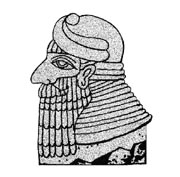 By Hoh Kui-seek
“Nabucco,” short for “Nabucodonosor,” is one of Italian composer Giuseppe Verdi’s best-known operas. The story follows the Jews in exile in the days of Babylon’s King Nebuchadnezzar around 600 B.C.

The epic story of struggle, faith and the longing for a homeland by the Jewish slaves became a catharsis of nationalistic fervor to Italians dejected over the failure of their anti-Austria movement at the time of the opera’s Milan opening in 1842.

The opera’s most famous number, the “Chorus of the Hebrew Slaves,” starts with the words, “Fly, thought, on golden wings.” The song struck a similar responsive chord in the hearts of the audience in the Vienna State Opera in 2002.

Among the audience at that time were energy specialists from five partners of a natural gas pipeline project driven by an ambition to pump gas from the Caspian Sea to Austria via Turkey and the Balkans without crossing Russia. They named their pipeline project “Nabucco” over dinner after the performance.

The project’s aim - to diversify natural gas transport to address persistent energy concerns in Europe and energy dependance on Russia - mirrored the opera’s themes of freedom and longing for independence.

The 3,300-kilometer pipeline passing through Turkey, Bulgaria, Romania, Hungary and Austria, at an estimated cost of 7.9 billion euros, or around $11 billion, is expected to pump as much as 31 billion cubic meters of gas from the Caspian Sea, if completed by 2015 as initially planned.

The new trans-Caspian gas route, together with the 1,768-kilometer Baku-Tbilisi-Ceyhan pipeline that pumps crude oil from the Caspian Sea will likely ease European dependence on Russia for energy supplies and delivery.

Russia, which depends on national resource exports to finance its economy and restore its global power, was obviously none too pleased with the plan. It launched its own titanic pipeline project called the “South Stream” to channel Russian gas through Western Europe via the Black Sea, while buying up gas fields and sources to choke off potential gas supplies to the competing Nabucco line.

Russian state-run news agency RIA Novosti carried an editorial mocking the trans-Caspian pipeline that bypasses Russia, suggesting that although the hymns of slaves are beautiful, they are nonetheless sad and hopeless.

But Russia’s playing hardball - it flexed its energy muscles by cutting off gas to shivering customers in the Balkans last winter - was what motivated European countries to brave the odds against rising energy prices, lack of suppliers and hefty financial costs to finally put the project back on track.

Today, Turkey hosts a key intergovernmental meeting to reach agreement on the five-nation pipeline. Round two of the energy war is set to begin.