[Talk of the town]
‘Faith’ ups the fear factor 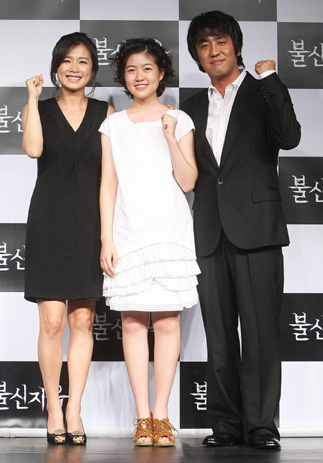 A press conference for the upcoming film “Faith” was held Tuesday at the Artsonje Center, central Seoul.

The mystery/horror movie focuses on a girl named Hee-jin, who is trying to search for her missing sister, So-jin.

“It’s the flow of the story rather than the effects that produce suspense in this movie,” Nam said on Tuesday.

Ryu Seung-ryong, who plays the role of a cop named Tae-hwan, said “the fear increases as the movie goes on.“