Dueling rock festivals duke it out under the stars

Dueling rock festivals duke it out under the stars 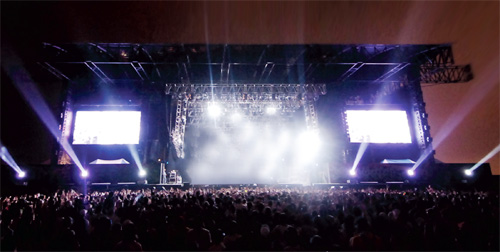 Korea’s rock fans are taking over this summer with not one but two major music festivals.

Although the Incheon Pentaport Rock Festival has dominated the summer festival scene for years, the new kid on the block, the Jisan Valley Rock Festival, is making its debut this year and the two festivals will lock horns on the same weekend - July 24-26.

The Jisan festival has made a lot of noise with an impressive lineup, a tempting location and just enough drama to keep people curious. The Pentaport festival, meanwhile, is hoping to lure fans of Korea’s indie music scene.

Jisan festival organizer Yellow 9 is one of the two organizations that has produced the Pentaport festival since 2006. The other is Iyescom.

The two parted ways earlier this year after contract and trademark disputes, which at one point even threatened to shut Pentaport down.

Simon Ratcliffe of Basement Jaxx expressed high hopes for the new festival. “We’ve been playing in festivals for a long time, we have big fans, and we do a great show. It’s nice to show Korean people what we do. I’m very excited,” he said in an e-mail interview. 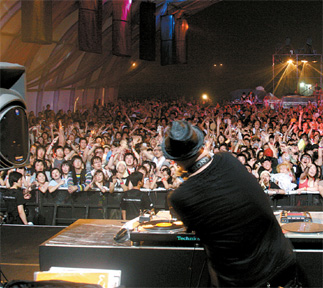 Another feature of the Jisan festival is the location. Hoping to emulate other outdoor festivals like the Woodstock Music and Art Fair, the Glastonbury Festival and the Fuji Rock Festival, festival organizers chose the scenic Jisan Forest Ski Resort as the venue.

This will also be an eco-friendly event, with organizers saying that recyclable cups and plates will be used and participants will be encouraged to use public transportation.

When Pentaport began 10 years ago, it was called the Tri-port Rock Festival, but was hit by two consecutive typhoons and never got off the ground. When it reappeared under the Pentaport name in 2006, it experienced something of a revival and is now one of the most successful annual music events in Korea.

Over 60 international and Korean bands will converge on the city for the festival, and Yoon Han-na, an organizer at Iyescom, says she expects the 72-hour event to attract more than 50,000 fans.

Notable bands like the Deftones, a rousing metal and grunge band; Eskimo Joe, an Australian alternative rock band; and Lenka, a rip-roaring band from the U.S., are all part of the lineup.

A highlight of the festival for fans of Korea’s burgeoning alternative rock scene will be the large number of Korean indie bands also scheduled to appear, including No Brain, Sugar Donut, Galaxy Express, Crystal Rain and 99 Anger.

Pentaport has developed a reputation for not only showcasing the biggest names in rock, including Muse, Travis, Ellegarden and The Chemical Brothers, but also for discovering and promoting new Korean groups.

This year’s festival is also hoping to be more fan friendly. Large food franchises will be replaced by smaller companies and vendors in an effort to keep prices down. 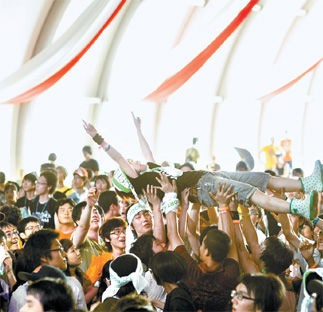 Festivalgoers interested in camping out under the stars can either bring their own tents or rent one from the festival for a nominal price.

If these two festivals aren’t enough to keep you going, there are also a couple of other festivals on deck for the summer.