Sleeping with the enemy

Sleeping with the enemy 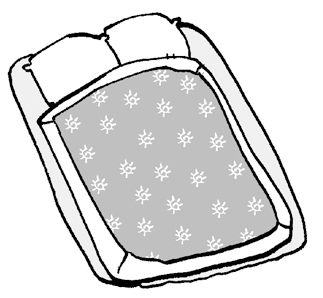 “I have forgotten her name/ But her eyes and lips/ Remain on my mind.” This is from the poem “In the Flow of Time” by Park In-hwan, a Korean poet of the late 1940s and the early ’50s. In the flow of time, only fragments of memories remain. We may clearly remember a person’s name even though we have only vague memory of the person’s face. This is the same when we watch films. From one movie we may only remember the sparkling eyes of the main female lead, from another we recall only its title.

“Que Sera, Sera (Whatever Will Be, Will Be)” has become a common expression around the world, but was originally the title of a song featured in Alfred Hitchcock’s 1956 film, “The Man Who Knew Too Much.”

“Lolita,” the novel Russian-born American Vladimir Nabokov wrote in 1955, tells the story of a middle-aged man falling in love with a 12-year-old girl, the daughter of a widow whom he boards with, and is later forced into marrying. The marriage fell apart gradually and his life was ruined as well. But the concept of the “Lolita complex” is remembered more than the story itself.

“Red Scarf,” a 1964 Korean movie directed by Shin Sang-ok is a similar case. The movie was a box office success thanks to its splendid scenes of jet fighters flying in the sky. The director won the best director prize at the Asia Pacific Film Festival for the work. Now few people remember the movie. Most Koreans only use the term “red scarf” to refer to the Korean Air Force.

The American movie “Sleeping with the Enemy” also belongs in this group. The movie was based on the 1987 novel of the same title by Nancy Price, and starred Julia Roberts in the leading role. It was a thriller about a woman who tries to escape from her abusive and obsessive husband and drew attention from viewers for describing a husband as an enemy.

The expression “sleeping with the enemy” has since been frequently used in the media - not just in English-speaking countries, but also here in Korea - although the meaning has slightly changed. When U.S. President Barack Obama employed his one-time rival for the Democratic Party’s presidential nomination, Hillary Clinton as Secretary of State, the U.S. press was quick to pull out the sleeping with the enemy slogan. The movie title has come to refer to bitter enemies in the same boat.

In the political communities of our country these days, many are asking our politicians to sleep with their enemies. Sometimes it has meant that the pro-Lee Myung-bak camp must embrace the pro-Park Geun-hye camp, or that they should accept even those from the left.

On July 15, the Grand National Party and the Democratic Party slept together for the first time in history. They dominated the National Assembly and spent the night together there. However, they seem to have dreamt different dreams as they lied next to each other. That dream must have been a nightmare.

‘I’m a tenant and a landlord’

Who hampers the investigation?