A look at China’s not-so-distant past

A look at China’s not-so-distant past 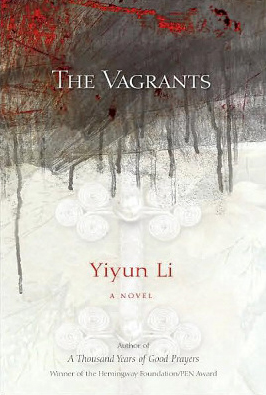 More than 150 people died recently in violent riots between ethnic Uighurs and Han Chinese in northwest China. Several hundred people were arrested, and Communist party officials have warned that those responsible for the violence will be executed.

Observers are calling them the worst clashes in China since the 1989 Tiananmen Square demonstrations. Watching the subsequent government crackdown unfold, one wonders just how far China has come since it shed the shackles of the Mao era.

A new historical novel by Chinese author Yiyun Li takes us back to those grim days.

“The Vagrants” is set in the wake of Chairman Mao’s death and the end of the Cultural Revolution. A glimmer of hope for a better future is making its way through Muddy River. Women are finally allowed to perm their hair. The first television sets come to the homes of the wealthy. A wall has been built in Beijing where citizens can post their complaints and suggestions for the government.

This haunting, simply told story revolves around the execution of the former Red Guard leader Gu Shan, killed for privately renouncing her faith in Communism. Her death creates a ripple in Muddy River and leads a budding anti-Communist movement to take action.

The action in The Vagrants is boiled down to a few pages. The story’s characters, however, are what move the book forward and make it a worthwhile read.

Li centers the story on a collection of outcasts - the orphaned, the poor, the bored and the unhappy. She constantly reminds us that the most important lesson in life is belonging to a unit. Those who don’t conform and find their proper place in the Communist Party risk becoming the party’s victims.

Li is most convincing in her portrayal of these outcasts. A deformed 12-year-old girl meekly takes care of her five sisters and parents. An elderly beggar couple takes in abandoned babies only to be forced to give them up when the government questions their rights as parents. And the former actress who has it all - a wealthy, well-positioned husband, a young son, a prestigious job - is willing to throw everything away for a chance to speak out against injustice.

Li is less successful when she describes the characters that do not understand the anti-Communist activism blooming in their town. The former actresses’ husband seems inexplicably glib. He is spoiled by his rich lifestyle, and his character feels flat and static in a dangerous and changing world. Likewise, the parents of the deformed girl seem cruel toward their daughter for cruelty’s sake. At times, this relationship reads like a cliched Cinderella story.

These weaknesses are minor, however, when you look at the compelling job Li does positioning characters teetering on the line between good and evil. No one character is wholly righteous in the book. Even Gu Shan, revered as a martyr by some, is not the heroine of democracy that readers might hope her to be. Before opposing the regime, she led violent raids on bourgeois homes, including her own parents’, as a leader of the Red Guard. Shan was brutal in these raids and did not hesitate to beat the elderly or pregnant into submission.

In the end, the citizens of Muddy River are caught between doing what they have been told and doing what they think is right, a dilemma that rings true through every era. Some will follow their consciences and accept the consequences, while others follow orders and gain a place in the party.

The Vagrants is not for the light of heart. The post-Mao era in China was bleak, and Li does not shy away from the violence and cruelty. Redemption is relentlessly elusive in Li’s rendering of this period. We can only hope that those affected by the recent riots stand a better chance of receiving justice.