A warm reception for ondol beckons

A warm reception for ondol beckons 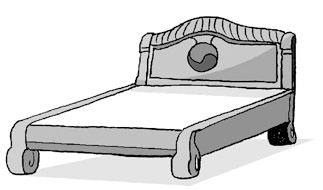 Literally meaning “warm stone,” Korea’s ondol is a unique traditional floor heating system that is featured in the Encyclopedia Britannica. The Japanese - who altered Korea’s popular cabbage dish kimchi to kimuchi - have kept the proper noun untouched and respect it as a distinctive feature of Korean home architecture.

Japanese construction company Yuasa markets the Korean under-floor heating system on its Web site www.ondol.jp as an extraordinary traditional Korean heating system that has been in use for millennia. Archaeological ondol traces have been unearthed mostly around North Korea and Manchuria. Ondol vestiges were excavated in Alaska, but their connection with Northeast Asian heating heritage is still unknown.

Korean floors made inroads into Japan after the country’s colonization of Korea. A 1920 novel by Yeom Sam-sup carries a scene from a public bathing place. Two Koreans embody their yearning for the homeland through ondol. “Joseon must be really cold these days.”

“But there is ondol, so the cold is not a problem if you keep to the floor.”

American architect Frank Lloyd Wright was designing the Imperial Hotel in Japan when he first experienced an ondol-fitted room. Some Japanese had brought entire Korean houses with them when they returned home. Wright soon fell in love with the concept of floor heating, as opposed to the Western-style air heating.

The use of under-floor heat became a strong feature of Korean life. Professor Lim Jae-hae related how Japanese police used to scout out Koreans hiding in Japan during the colonial days by searching for men with their back towards the fire on the streets. Apparently Koreans unconsciously manifested their bred-in-the-bone habit of keeping their back warm against cold.

An expatriate in Korea confessed in an interview with a foreign newspaper that he loved the feeling of warmth transmitted to his entire body through floor heating, suggesting European houses should give it a try. Indeed more and more homes in Japan and China are furnishing floors with the ondol heating system. Many in Kazakhstan speak of their wish to live in an apartment fitted with ondol floors.

Yet the concept still remains foreign and exotic to many Westerners. A group of Russians were apparently shocked at the sight of stone beds for sale in department stores. The beds featured copper coils to incorporate a modern ondol heating concept, but Russians regarded them as a stone grave and sent the bed exporters packing.

Ondol is largely taken for granted here too. While identifying the culture as integral to Korean heritage, there is not one museum devoted to it. Traditional ondol makers have also been given the cold-shoulder.

The government this week hosts an exhibition to showcase the theme of Korean lifestyle through hanbok (Korean clothing), hanok (Korean architecture), Hangul, and traditional food. Hopefully ondol may also get its due recognition.