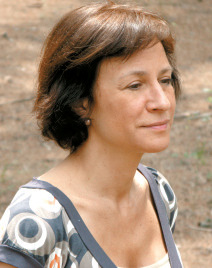 The Lindenbaum Music Festival, debuting in Korea this year, is generating a fair share of buzz among classical musicians and students.

Although similar festivals make headlines throughout the year, this newcomer is strutting onto the scene by inviting two of the biggest names in the world classical music circuit to head the event. Canadian violinist Chantal Juillet has assumed the responsibility of artistic director for the weeklong festival, in which 100 Korean students selected through two rounds of auditions earlier this summer will take part in master classes and rehearsals.

At the same time, Swiss conductor Charles Dutoit has signed on as conductor, taking up the baton at the Lindenbaum Festival Orchestra’s concert on Aug. 1 ? the last day of the festival. Concertmaster of the Philadelphia Orchestra David Kim also will play violin with the orchestra.

While Lindenbaum organizers got Juillet to accept his role three years ago when laying the foundations for the festival, they got the final go-ahead from Dutoit this March. The participation of Dutoit and Juillet has helped lure some other notable musicians like the oboist with the Royal Conservatory of The Hague, Werner Herbers, and the bass trombonist of the Philadelphia Orchestra, Blair Bollinger. 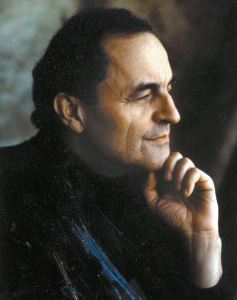 Ahead of the festival, the JoongAng Daily interviewed Juillet and Dutoit via e-mail on their thoughts about the Lindenbaum festival.


The Lindenbaum Music Festival will be held from Sunday to Aug. 1 at the Sejong Center for Performing Arts. For more information, contact the organizer at (02) 720-1013 or www.lbmf.or.kr.

Q. What prompted you to take the baton for the festival’s orchestra?

A. I always very much enjoy working with young musicians. Of course, it is completely different from working with a professional orchestra, but I feel a sense of responsibility in teaching the younger players a way of working and listening from a young age and to form their ability to be able to work more efficiently and with better results.

How would you like to see this festival grow in the future?

All great festivals take many years to establish themselves. The administration, the artistic side and all other people involved have to find a compatible way of working together to make the most of it.

So in my opinion, consistency is often a key word. [Part of that is] finding a team of people who can work well together and stick to a project by assuring its future.

Of course, for a summer event like the Lindenbaum, and such a short festival, it is difficult to find all of these components in such a short time.

Q. How will this festival be enjoyed by faculty, students and the audiences?

A. The faculty members were recruited because of their talents not only in performance but also education. We are hoping that we can bring our passion and our dedication to the young Korean musicians. We hope that we can provide, in a short week, enough inspiration for them to want to become great musicians. And of course, to culminate this work with a few concerts should bring some excitement as much for the players as for the audience.

What differentiates the Lindenbaum festival from others, such as the Saratoga Music Festival?

The Saratoga festival, in its 19th season, is only a performing festival. Lindenbaum is an educational one. Ultimately, we want the experience to be positive for everyone. At the end of the week we want everyone to feel that they have learned something, that they have shared the ideas of our respective cultures and that the audience witnessed this mix of inspiration.