New life for the Gyeongui line

New life for the Gyeongui line 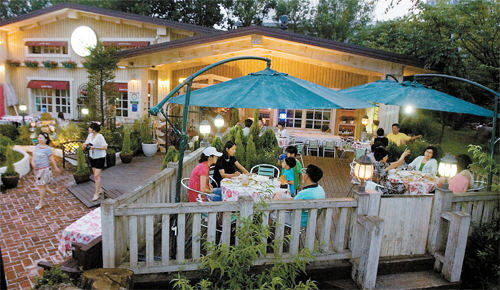 Visitors relax on the terrace of Lavenheim, an Italian restaurant. By Jeon Min-kyu

A couple of decades ago, when students wanted to get out of Seoul for some rest and relaxation, they would head north on the Gyeongui Line. With the diesel-powered train rattling along the railroad, it was a bumpy, noisy ride. But that didn’t stop them from venturing out into new territory.

Back then, train travel was still special. People who were in college in those days still have fond memories of taking the train for romantic getaways.

The students were all headed to Anygol village, where traditional cafes offered cool drinks, live music and a chance to socialize away from the watchful eyes of teachers and parents.

The Gyeongui Line reopened as part of the subway system on July 1 after a period of reconstruction. It is now shuttling a new generation to the old nostalgic places. The KAU Aerospace Museum and the Hwang Hui Monument are also now more accessible.

Gone are the bumps of yesteryear. The train now provides a smooth, comfortable ride, so sit back, relax and enjoy your trip to places old and new.

To get there take the Gyeonggui Line to Pungsan Station. Trains depart Seoul Railroad Station once every hour at 50 minutes past the hour. Trains depart Digital Media City Station every 15 minutes. 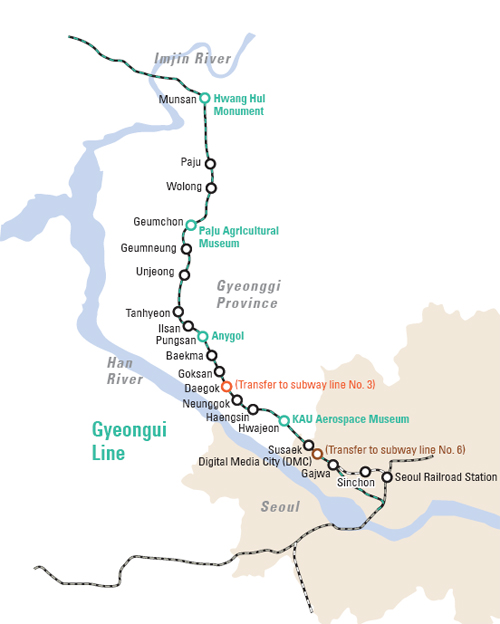 Related stories
·Another chance for Anygol

·Flight, farming and cool quiet for an old legend