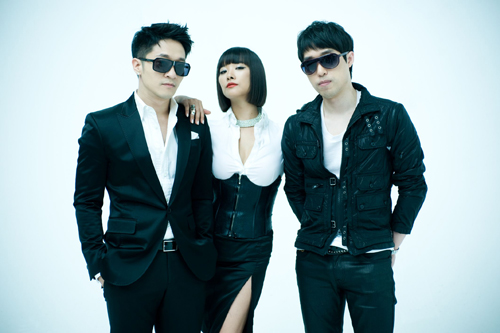 Expectations are high for the latest album from Clazziquai, a trio of musicians that has been enchanting listeners with refined electronic music since 2004.

I’m happy to say that “Mucho Punk,” released after a two-year hiatus, should satisfy the group’s fans.

D.J. Clazzi, who wrote the lyrics and composed and produced the album, has not lost his aesthetic sense. The voices of Alex and Horan - the male and female vocalists, who both pursued solo careers recently - are still as luscious as ever.

“We edited out unnecessary notes and went for a simpler lineup of instruments,” D.J. Clazzi said. “The purpose of this album was to give as much life to the vocals’ sensibility as we could. If you keep listening to just electronic sounds, you get bored with them.”

The album starts off with “Chocolate Truffle,” where Alex’s sweet vocal tones are particularly charming. The next song, “Love Again,” has a bouncy melody that floats through a strong house rhythm.

Alex said that the solo album he released last year was “a chance to work on music that I liked personally, but it was a very lonely experience.” He added that he is “glad to be back with the team.”

Horan also had the chance to pursue a solo career in her chosen specialty, acoustic music, with the project group E-body.

“Now all I want to do is be a great vocalist for D.J. Clazzi’s music. After experiencing different genres, my musical expressiveness has been greatly enhanced,” she said.

The trio will perform in concert at the Seongnam Art Center on Aug. 21 and 22.