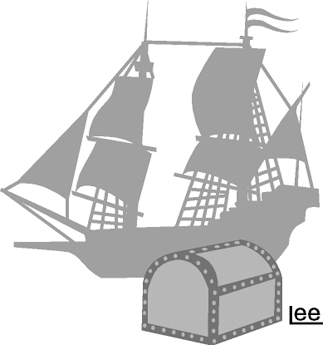 The treasure hunt is a universally adored outdoor game. Every child has an experience of scouring the bushes and looking under the rocks for a delicious find that amounts to no more than a couple of pencils and a handful of chocolates. But what fun would Easter be without the tradition of the egg hunt? Adulthood doesn’t steal away the fun and thrill of a race to find something valuable.

The most legendary and publicized treasure find was the discovery of the wreck of the RMS Titanic, the ill-fated gigantic passenger steamship that sank after hitting an iceberg during its maiden voyage in 1912. An expedition team led by Robert Ballard first discovered the location of the wreck. But they kept their hands off the relics and artifacts, considering such treasure grabbing tantamount to grave-robbing. But within less than two years, ventures raced to salvage ship artifacts from the ocean floor.

RMS Titanic Inc., a subsidiary of Nasdaq-registered Premier Exhibition Inc., won the exclusive rights to salvage the shipwreck and earns a fortune from traveling exhibitions around the world. The ill-fated Titanic was thus resurrected as a traveling museum. In the process, it helped to establish and develop the expedition industry and artifact salvaging technology.

Every part of the ship’s remains - from the luxurious china to expensive jewelry - excites human imagination and fascination. The wreckage even inspired a blockbuster hit in the 1997 film “Titanic.”

The rush to exhume treasure from the Titanic mirrors Korea’s own hunt for sunken treasure during the financial crisis. Korean companies deemed gold a precious asset, and sought to accumulate more of the metal. Ventures to find boats supposedly full of treasure that were sunk during naval battles spurred investors’ frenzy on the Korean stock market. But their expeditions proved to be no more than fiascos, sending those involved into scandalous financial pitfalls.

Now one of them is reportedly re-launching its exploration of the Kowshing, a British-owned ship that was sunk west of the Korean Peninsula by a Japanese battleship during the Sino-Japanese War. The Kowshing was carrying Chinese troops when a Japanese battleship fired a torpedo at it on July 25, 1894. Treasure hunters believe the boat was carrying 600 tons of silver to finance the Chinese battle with Japan.

The opposite sea will also likely see renewed quests for another treasure boat. A warship of Imperial Russia called the Dmitri Donskoi is believed to be under the waters east of the Korean Peninsula with gold and other czarist treasures on board. But regardless of the financial treasures that may exist in our seas, the recovery of relics from the battles over the Korean Peninsula among Japan, China and Russia over 100 years ago would be an invaluable asset to our history.

In the meantime, the story of treasure hunts in our waters will likely capture the imagination of many during difficult financial times like these.