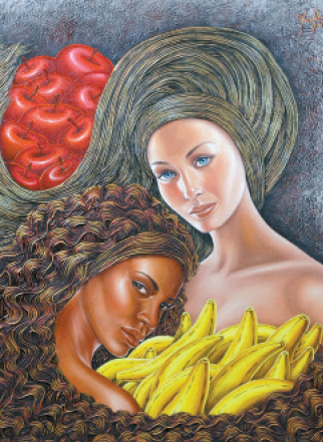 A painting titled “Hot and Cold” by Honduran artist Keyla Morel. Provided by the KFCC

Perhaps you penciled it in on your schedule a while ago but have just been too busy. Or maybe you simply forgot about it.

Regardless of the reason, those who haven’t yet attended the Latin American Cultural Festival still have some time to check out the event.

But you better get a move on, as the festival has just passed the halfway mark of its run.

Held through Aug. 8, the event includes performances, an art exhibition, film screenings and academic forums on Latin American culture. It’s part of a special program headed by Korea’s Foreign Ministry in cooperation with the Korea Foundation and with the support of Latin American and Caribbean embassies. 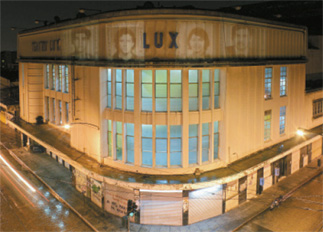 The festival gives a healthy dose of exposure to a region that many Koreans know little about, as there isn’t a huge Latin American influence here.

The “Borderless Generation: Contemporary Art of Latin America” exhibit is one of the main attractions, introducing the diversity of contemporary art from the region.

The works of 28 artists hailing from 16 Latin American and Caribbean countries are on display, making it the biggest show focusing on contemporary art from the region ever presented in Korea. “This extraordinary event contributes significantly to the consolidation of the cultural bonds between Latin America and Korea, providing the Korean people with a broad overview of our region’s diversity and talent,” Hector Galvan, the Dominican Republic’s ambassador to Seoul, wrote in a comment book at the festival’s opening. “Koreans possess an extraordinary sensitivity toward all expressions of art and share with Latinos an amazing passion for life,” he added.

“The exhibition provides us with a contemporary vision of a region of the globe that, although geographically distant, has many similarities with Korea,” Fujita said.

About 40 works of art revolving around subjects ranging from aesthetic contemplation to social issues are on display.

“Unlike previous Latin American art exhibitions focusing more on the ancient or [older] part of Latino art, the current exhibition is more dedicated to introducing its contemporary side,” said Yun Chea-gab, curator of the exhibition.

For example, three works by Daniel Hernandez-Salazar, a photographer and artist from Guatemala, are all related to the disappearance of innocent citizens during his country’s civil war between 1960 and 1996.

“My intention with this ... is to remember those missing persons during the war by projecting their images on symbolic buildings related to the war,” the Guatemalan artist told the JoongAng Daily.

The exhibition is being held at the Korea Foundation Cultural Center, located on the first floor of the JoongAng Ilbo building in central Seoul. The event includes special screenings of Latin American films, which will run through this Saturday.

Admission to both events is free. The main exhibit is open from 10 a.m. to 9 p.m., Mondays through Fridays and until 6 p.m. on Saturdays. Guided tours are offered at 3 p.m. on Wednesdays and Saturdays.

For the movie event, a detailed schedule can be found at www.kfcenter.or.kr. For more information, contact the cultural center at (02) 2151-6500.