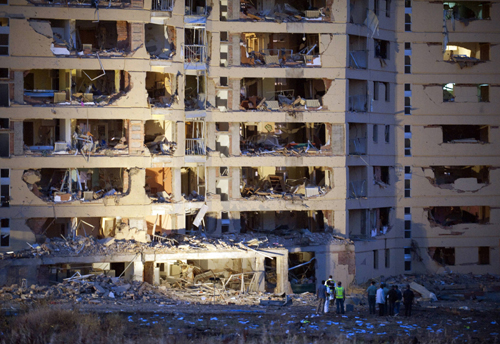 Investigators view damage to a civil guard barracks after a car bomb exploded in the northern Spanish city of Burgos yesterday, with at least 46 people slightly injured. A spokeswoman for the Civil Guard, Spain’s paramilitary police force, said the attack was probably carried out by the Basque separatist rebel group ETA.[REUTERS]