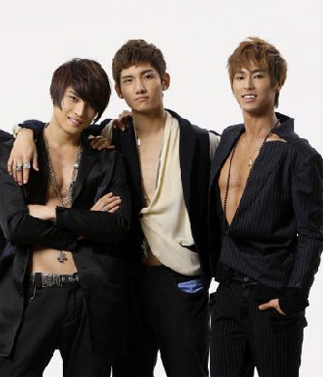 Three members of Dong Bang Shin Gi, aka TVXQ, are moving into the acting world.

TV producer Samhwa Networks announced Tuesday that Max, the youngest of the five-member boy band, has been cast as the main man for a new drama series scheduled to air later this year. The English title of the program has not been decided yet, but in Korean it can be translated as “Paradise Ranch.”

Other group members will be busy in front of the camera as well. U-Know has been selected to play the lead role for MBC-TV’s “Heading to the Ground,” which airs September 9. Lead singer Hero will appear in SBS-TV’s short television movie “Heaven’s Postman” later this year.