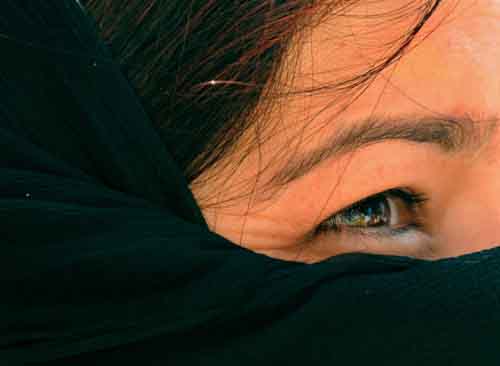 A supporter of the ruling National Conference takes part in a protest against Kashmir’s main opposition People’s Democratic Party in Srinagar, India yesterday. A day earlier, the PDP demanded a judicial probe into allegations that the region’s top elected official was involved in a sex scandal. The official resigned the same day. [AFP]