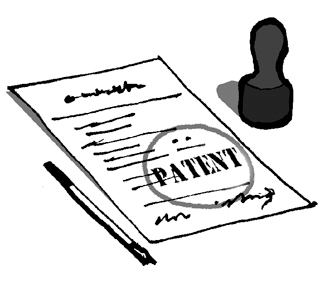 The Rhine River, the longest river in Germany, was the most important waterway for European trade in the Middle Ages. Merchant ships paid tolls as they passed each state along the Rhine, in return for the Holy Roman Empire’s protection.

But in line with the decline of the empire in the 13th century, barons peppered the riverside with hundreds of castles to claim tolls from passing ships. Their toll demands became so audacious that merchants gave up ventures down the Rhine altogether. The trade business along the Rhine collapsed, bringing down the sponging barons along with it.

Such nibbling away at a public property or resource can in the end compromise its existence and make everyone worse off. Columbia Law School professor Michael Heller calls this effect the “tragedy of the anticommons.”

Heller, in his book “The Gridlock Economy: How Too Much Ownership Wrecks Markets, Stops Innovation, and Costs Lives” argued that overly fragmented property rights and broad ownership can eventually trap the industry and market in a dead end.

There is an overabundance of patents in the biotech industry right now. Patents licensed over the last 30 years associated with DNA alone top 40,000 cases. Pharmaceutical companies must go through numerous patent holders and negotiate terms before marketing a new drug. Many tests fail to go beyond the labs for fear of litigation backlashes from reclusive patent owners. The same problems interfered with the development of a vaccine against SARS during the outbreak.

The genetically engineered golden rice, developed to help millions of children in Africa and other impoverished areas suffering from vitamin A deficiency, also might have never seen daylight, if not for humanitarian relief efforts. Scientists who developed the miracle crop in 1999 were walled in by more than 70 patent rights. They were finally freed to hand out the grain after companies redefined the rice as having a “humanitarian use of license.”

Patents that should serve as incubators for innovation often work paradoxically to trap and cripple such initiatives. The so-called patent trolls, who sweep up patents for the sole reason of moneymaking, have been spawned from such a paradox.

These venture-capital companies shop patents with no plan of manufacturing and commercialization, but to live off costly patent litigation and licensing fees. Local companies also cannot escape their trap. To them, patented inventions and research amount to no more than a moneymaking tool.

The tragedy of today’s world economy is that greed can easily distort a potentially helpful thing, like patents, into something destructive.