Placebo swallows a new pill on journey to a sunnier place

Placebo swallows a new pill on journey to a sunnier place 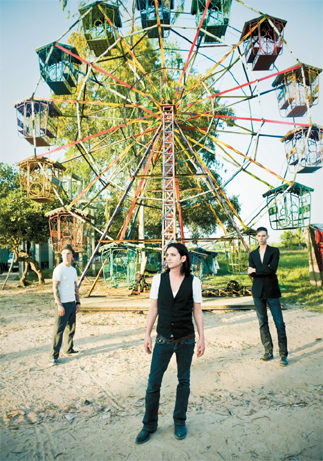 The men of Placebo, (from left) Steve Forrest, Brian Molko and Stefan Olsdal, are coming to Korea to perform this week.

With their stylish sounds and look, British alternative rock band Placebo has become the face of the new Motorola ROKR handset here in Korea.

But if fans want to see more of the trio than what they get in commercials for the mobile phone, they’re in luck: The band will be playing live in Seoul tonight. The concert marks their second visit to Korea after their gig at Pentaport Rock Festival in 2006.

Formed in 1994, Placebo has released six studio albums that feature a variety of instruments, selling more than 10 million copies worldwide. Its hit songs include “Nancy Boy,” “Every You Every Me” and “The Bitter End,” among others. 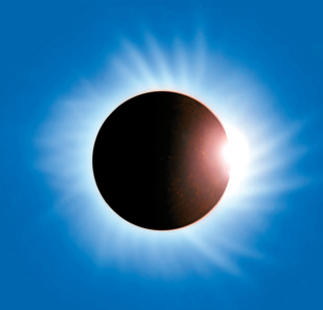 Placebo is back this summer with their latest album, “Battle for the Sun,” after undergoing major changes. The band has switched from a major record label, Virgin, to an independent, PIAS Recordings. In addition, there’s a new face in the lineup: drummer Steve Forrest.

The JoongAng Daily talked to Stefan Olsdal, the bassist of Placebo, through e-mail about the group’s upcoming Korea concert, their new album, and more.

Q.Battle for the Sun has been described as a new start for Placebo. How would you compare the old Placebo and the new Placebo?

A. Sonically, we wanted to make something bigger and more colorful than before. Rather than loops and electronics, we used timeless-sounding instruments like pianos, brass instruments and strings. Thematically, [it’s] something that offered a bit more hope to the listener than before.

In general I think we were more open to exploring new sounds on this record. We felt that with our previous record, “Meds,” we went to quite a dark place. Looking back, it was both personally and within the band a period without much hope. At the end of that tour we decided some things had to change in order for Placebo to continue and evolve.


It looks like the cover of the album contains significant meaning.

It is a very iconic image. It’s about the interplay between light and dark. For us it’s about making the choice to fight for a better and balanced life, even though it is hard sometimes.


What was it like working with a new drummer, Steve Forrest, on the new album?

Steve’s energy and input and the fact that we started to have fun again are the reasons that this record has a slightly brighter atmosphere. What Steve has brought is a youthful enthusiasm and a bundle of positive energy, which, for me and Brian having been in this rock ‘n’ roll circus for a while, is quite refreshing.


Sexuality has sometimes been the subject of your songs, a topic Koreans are conservative about. What is the band’s take on that?

The freaks flock to the rock ‘n’ roll world. It’s one of the few places where it’s celebrated. It’s also a place where you can be free to be yourself. I guess certain aspects of what we’ve done in the past irritated some people, but it’s really not something we spend time worrying about.


It must be really hard to choose one, but what’s your favorite Placebo album and track?

[It’s a] tough one. I think listening to all six Placebo records, there is a real thread running through all of them.

I don’t think there has been a massive stylistic change over the years, but I feel now that with this record we’ve pushed our sound and made probably our most accomplished piece of work. So it would be this one.

Placebo was formed in 1994, and the band is still making music. What do you think is the secret to the band’s longevity?

Determination, self belief and not following trends or trying to imitate others.

What can Korean fans expect from the band’s forthcoming concert?

We urge all fans to wear white! There is too much black in our audiences!